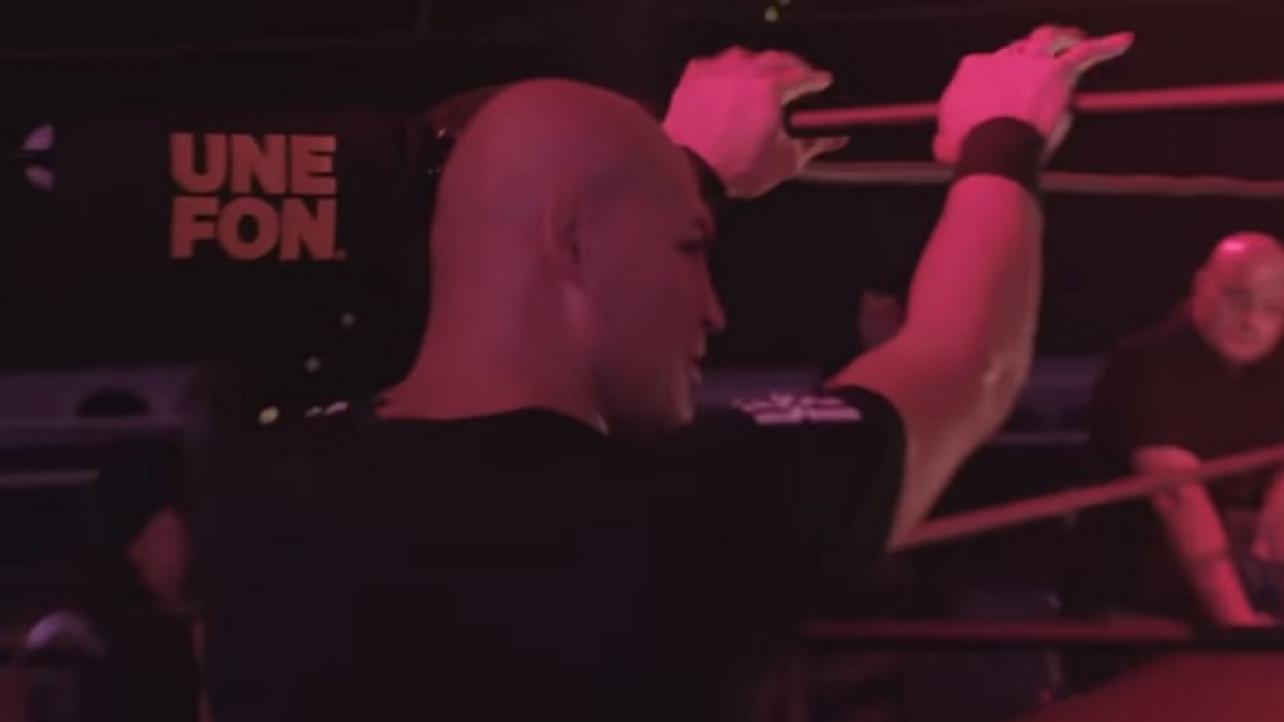 Could a rematch of the historic MMA bout that saw Brock Lesnar lose his UFC Heavyweight Championship via crushing knockout loss to Cain Velasquez soon be taking place inside the squared circle in front of the WWE Universe?

According to recent reports, the match could be in the works right now.

Dave Meltzer noted on the latest edition of Wrestling Observer Radio at F4WOnline.com that Paul Heyman’s promo on this week’s RAW where he referenced a lot of “tough guys” in wrestling and in MMA who can’t stop Lesnar is potentially leading to the WWE debut of former MMA fighter and current AAA wrestler Cain Velasquez.

It’s still not confirmed if this is actually the direction WWE will be going, because Velasquez is technically not under any sort of agreement with WWE. There’s “a general idea” to set up a match against Lesnar, perhaps by tying into the story that Lesnar beat up a Mexican wrestler (Rey Mysterio) leading to Velasquez appearing to even things up.

As we reported here at eWrestling.com a few days ago, Velasquez recently met with WWE officials at WWE Headquarters in Stamford, Connecticut.