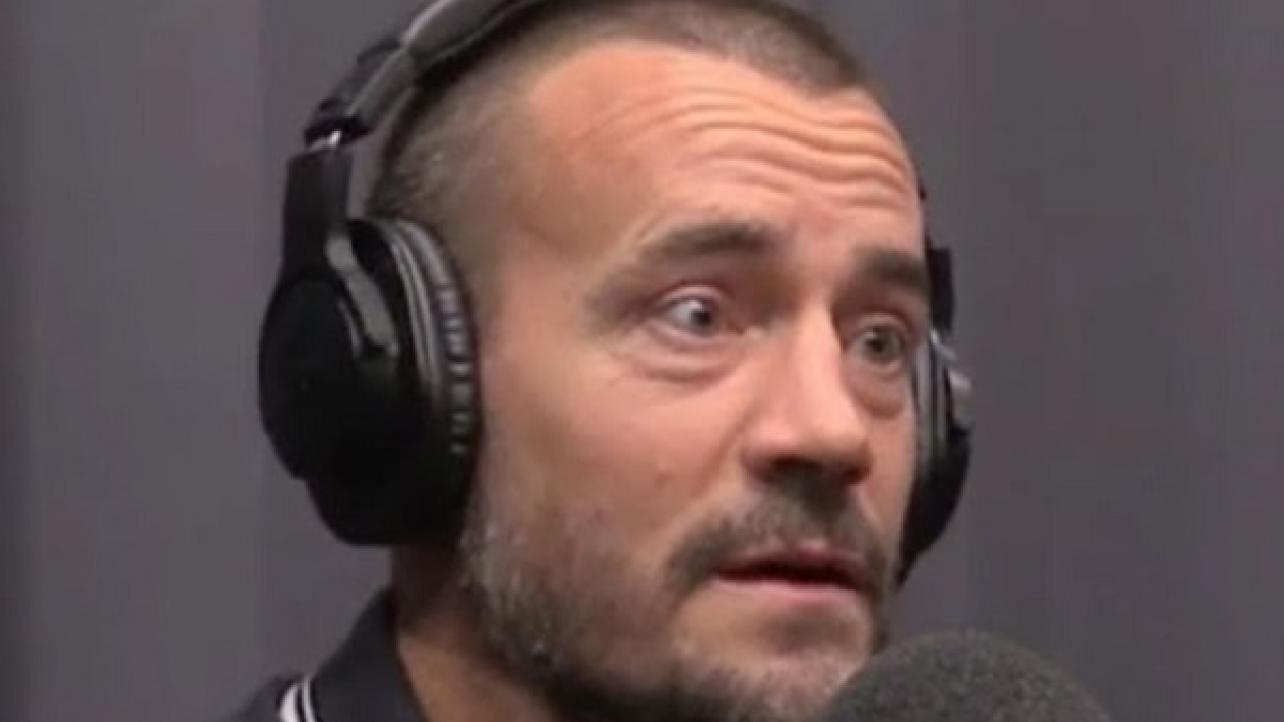 Report: CM Punk/FOX A “Done Deal” For Return To Work On “WWE Backstage” On FS1

Well the only thing left appears to be the formal, official announcement from WWE and/or FOX, as another source is reporting that the deal is done to bring CM Punk in to work on the new WWE Backstage studio show hosted by Renee Young and Booker T on FOX Sports 1 (FS1).

Punk recently had a tryout with FOX for a role on the new series WWE Backstage, and according to a report from @FightOracle — who has connections within the TV industry — the deal is done.

Check out their update on the story below.

-BREAKING-
I am told @cmpunk to @FS1 as a commentator on WWE is a done deal. #WWEBackstage

Punk was recently on Collider Live! and had the following to say about possibly joining the WWE Backstage crew:

“This goes back to me being the position in my life where I’m like, ‘Oh, you know, what what do you got?’ I’m very much in a position where I’m like, ‘Well, talk to me?’ I’m open to anything, you know? And if they come at me and they’re like, ‘Hey. We want you to wrestle,’ I’m gonna be like, ‘No. I’m not interested.’ I’ve grown so much as a person, and I look back at all the stuff, and I don’t need it. I don’t need the confrontation, and I don’t need the drama. But if — I’m a businessman, but I also put my morals and my integrity above business deals. You know what I mean. But it is very much, ‘Oh well, OK.’ If you want me to do anything, well OK, then talk to me. But don’t waste my time.”

On how he began talking to FOX about WWE Backstage:

“It would be all of it. I’m realizing now that this is live, and I’m probably dooming myself. But the board’s having a conversation, right? And I don’t know because it’s nothing I’m actively chasing. I don’t have numbers or specifics or details or anything like that. It’s just my agents got me on the phone, and they’re like, ‘Hey. FOX wants to present,’ — Like FOX spent a lot of money getting the rights, for what I understand, just Smackdown. I thought it was the whole thing. I thought they were getting the TV rights for WWE. So, it’s insane that — what did they spend? Four-and-a-half [billion dollars]? Is that like four-and-a-half billion? That’s a lot of money. That’s a lot of money, you know? So, to get that, I guess they’re looking at that, and ratings are still dipping, and you know that’s been happening for 20+ years. Trust me, I’m not saying that it’s because I’m not there or anything like that. It’s always been that way. When I was there and I was on top, RAW was doing 3.8’s and I’m getting blamed for it. Like that’s a bad rating. Now, they would f*cking kill to have a 3.8!”

“So if — My agents just called me, and they’re like, ‘FOX is throwing everything at this because they spent a lot of money on this, and they’re all in and they have to make it work. They (FOX) reached out and want to know if you’re interested’ — I think originally, I thought it was like a WWE thing, so I was just like, ‘Well, no.’ But then they said, ‘This is FOX.'”

On not “dealing” with WWE on this:

“I’m not dealing with anybody in WWE. You know, it’s legit — they’re just like, ‘It’s FOX.’ And I was just like, ‘OK.’ And they explained to me what it was. And I love Renee Young. Renee Young’s a great person. She’s Canadian, so obviously, she’s just like super, over-the-top nice and friendly. And it’s along the lines of what I do for CFFC. But I prefaced it with, ‘Guys, I’m not going to come in and just dump all over stuff to dump on it.’ Like I said, that’s old Phil. But if it’s bad, I can’t pretend — I’m not going to be able to pretend that it’s not anything but bad. So, they want to present it like it’s a real sport and just have a show that recaps stuff. Just like they do with NFL. Just like NHL would do with hockey games and stuff like that. And that’s where we are with that.”

REPORT: #CMPunk return to #WWE to work on #WWEBackstage on FOX now a “DONE DEAL”

Report: CM Punk/FOX A “Done Deal” For Return To Work On “WWE Backstage” On FS1