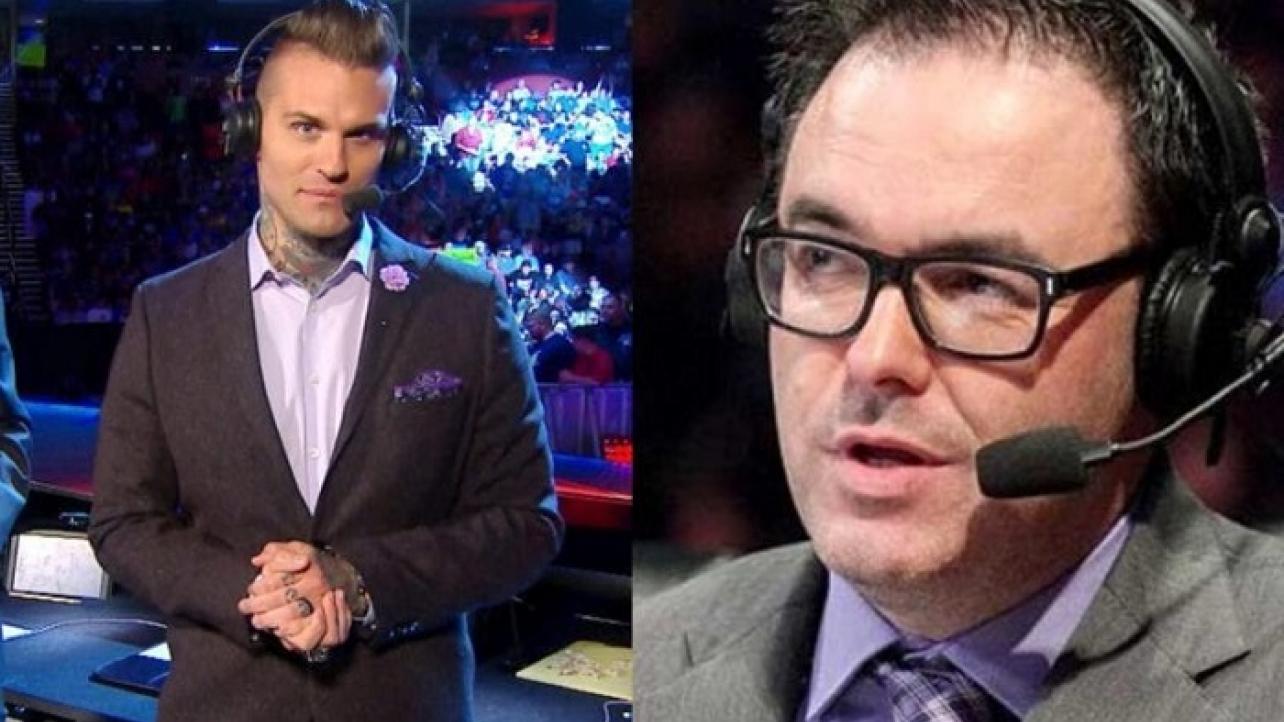 The Mauro Ranallo / Corey Graves story keeps getting more interesting as the updates surface, particularly in this latest update on Wednesday afternoon.

It appears that Corey Graves was simply “working” and attempting to get a playful inter-brand rivalry going with Mauro Ranallo with his multiple insulting tweets aimed at the voice of the black-and-gold brand during the NXT TakeOver: WarGames 2019 special over the weekend.

According to Ryan Satin at ProWrestlingSheet.com, Graves’ tweets directed at Ranallo on Saturday were meant to play into the inter-brand rivalry theme of Survivor Series weekend.

Graves’ idea was apparently to bring up the tweets in a “joking” manner the next night at Survivor Series when he would be joined at the commentary booth by Ranallo, presumably to initiate some sort of back-and-forth banter between the two.

As it turns out, Ranallo took the tweets quite personally and informed WWE that he would not be present for the Sunday PPV.

Additionally, it has since also been revealed that Ranallo will not be doing play-by-play for tonight’s NXT On USA show and in fact, he hasn’t even traveled to Florida — which he informed WWE on Tuesday.

Currently there is no indication as to whether or Ranallo will be re-joining the team for next week’s broadcast.

Of course, as always — we will keep you posted right here at eWrestling.com as any additional information surfaces!

UPDATE: #CoreyGraves claims he was only joking w/ multiple insulting tweets at #MauroRanallo during #NXTTakeOver at #WWE #SurvivorSeries weekend