As noted, WWE has issued a new edict which prohibits its talent from working with any third parties and the company confirmed this by issuing a statement earlier today.

On the f4wonline.com message boards, Dave Meltzer suggested that the "straw that broke the camel's back" was CJ "Lana" Perry's work with an energy drink company called Bang Energy. 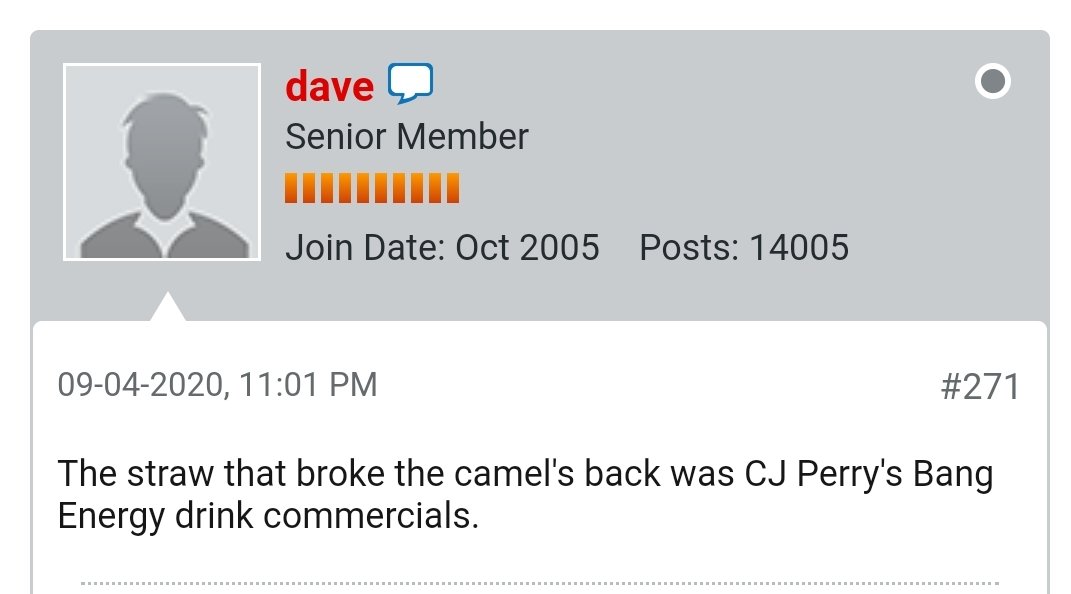 Lana then saw these reports and tweeted the following.

You can see one of her promotional videos for the energy drink below.

I am not the straw that broke the camel’s back. You know who you are and that is false ....... but thank you for writing about me.... all of you. I am your escape goat


Who loves dancing say 👋 ! I love dancing and @BangEnergy alwajs gives me the energy to just DANCE ! #BangEnergy #EnergyDrink Follow the inventor of Bang: @BangEnergy.CEO