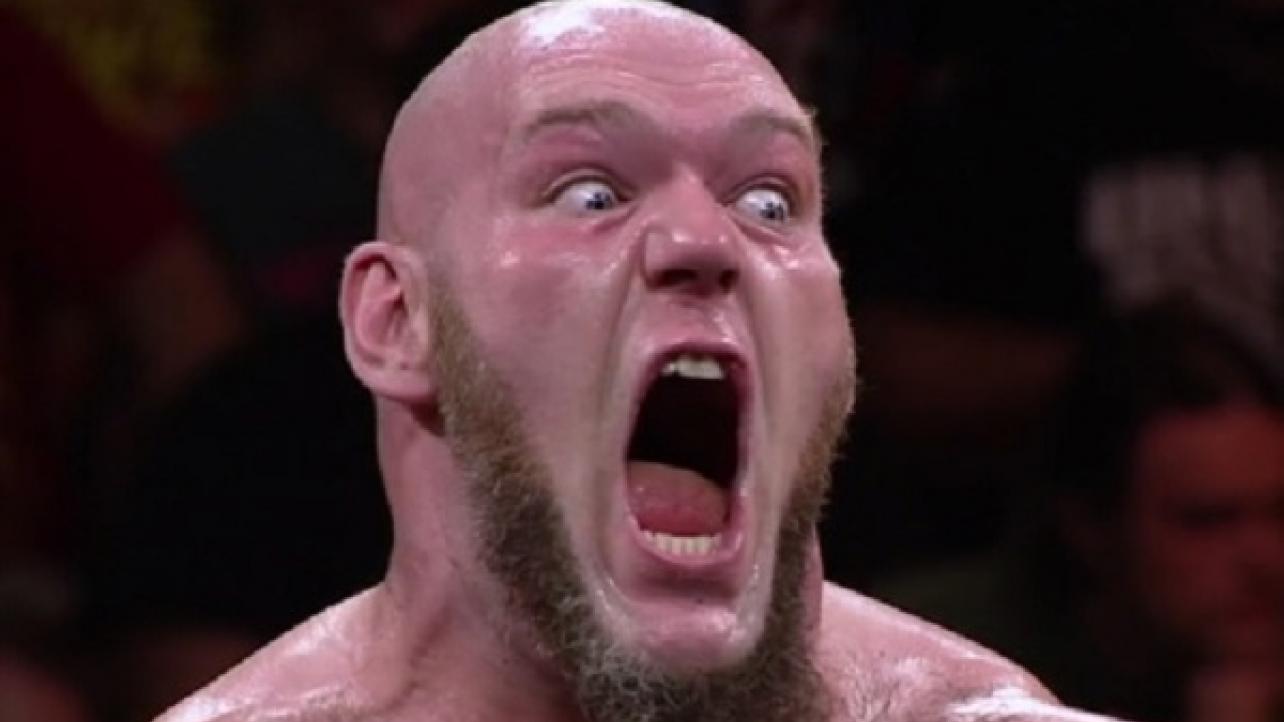 Report: Lars Sullivan Expected To Be On Sidelines 6-9 Months With Knee Injury

It looks like fans shouldn’t expect to see Lars Sullivan in action at any point in the near future.

As noted, Sullivan suffered a bad knee injury during last week’s RAW and was pulled from last week’s SmackDown Live as a precautionary measure.

Apparently that was a smart decision.

Sullivan recently underwent an MRI to assess the damage to his injured knee, and according to Dave Meltzer of the Wrestling Observer Newsletter, WWE officials expect him to be on the sidelines recovering from anywhere between six and nine months.

“Sullivan’s knee injury reported on last week was worse than anticipated, but we don’t know more details than that,” Meltzer recently reported. “He underwent an MRI during the week [and] the only stuff we’ve heard is that the company believes he will be out six-to-nine months.”

We will keep you posted as additional information regarding the condition of Lars Sullivan surfaces.

Report: Lars Sullivan Expected To Be On Sidelines 6-9 Months With Knee Injury