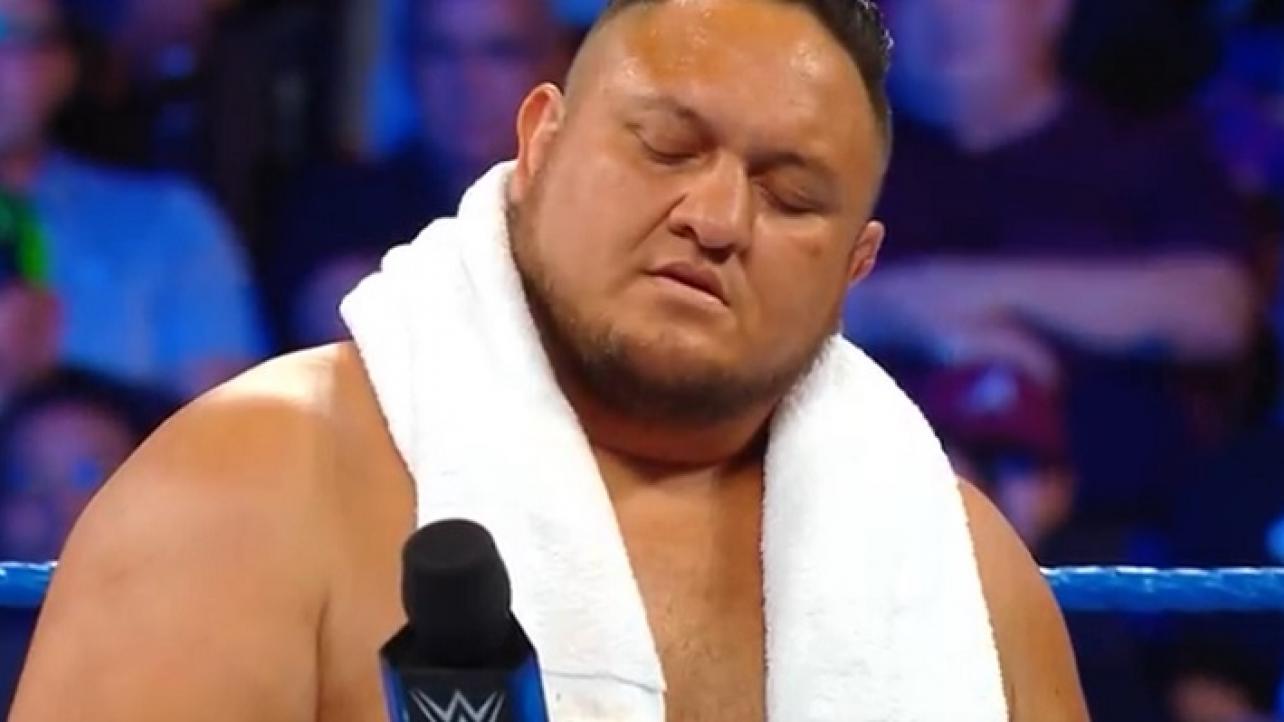 The two-night 2019 WWE Superstar Shake-up is officially in the rear view mirror … or is it?

It appears that some more WWE Superstar trades between brands could be coming later this week. Our friends posted the following update at Rajah.com following the completion of the 2019 WWE Superstar Shake-up on Tuesday night’s episode of WWE SmackDown Live at the Bell Centre in Montreal, Quebec, Canada.

Of note, Lars Sullivan was originally listed as a RAW Superstar but he has since been moved over to SmackDown.

As well, there were reportedly several moves that were cancelled or perhaps postponed due to the difficulties at Monday’s RAW with both travel and illness wreaking havoc on plans.

According to @RajahNews, Samoa Joe was penciled in for a move to RAW (which would now make the Finn Balor move to SmackDown make sense) but he was sick and kept off of TV.

It’s possible this move will still take place either later this week or next, especially if WWE wants to keep the titles balanced on each show.

For complete results of all of the trades on both nights of the 2019 WWE Superstar Shake-up, click here.