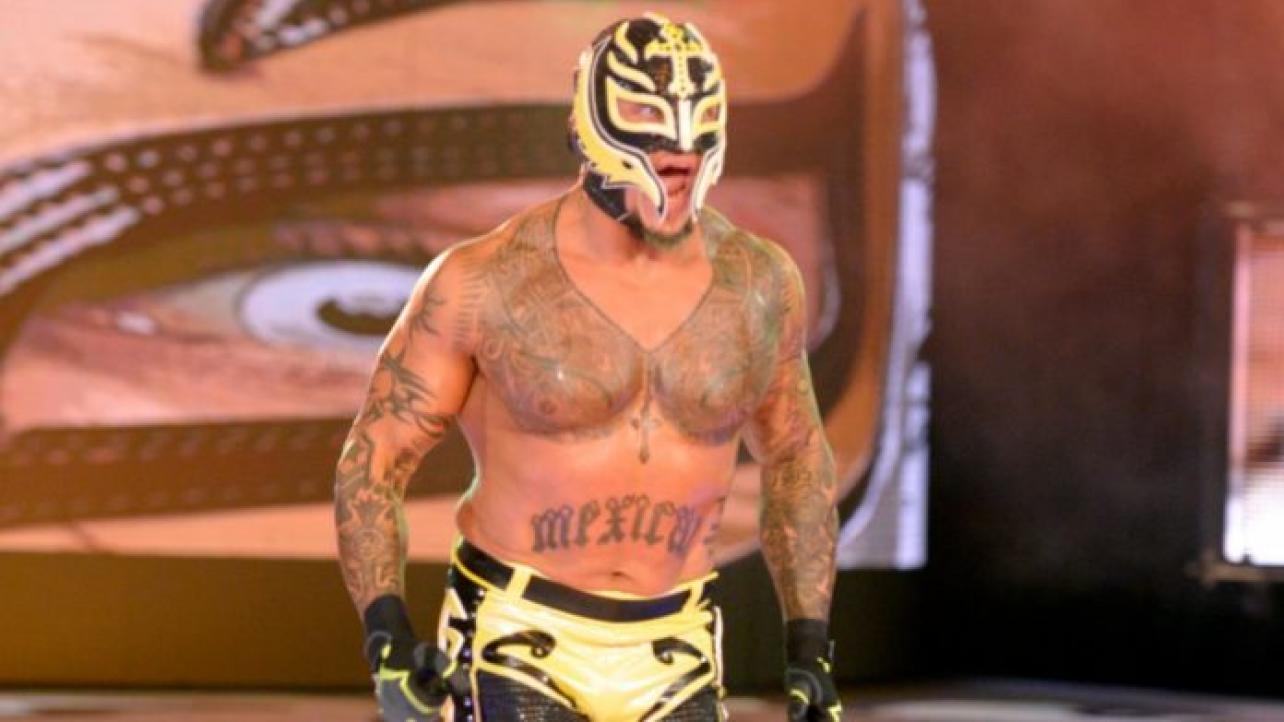 — Rey Mysterio may have suffered a potentially serious injury last night in a tag team match for Northeast Wrestling. Teaming up with Flip Gordon and taking on Joey Mercury & Caleb Konley, Mysterio reportedly tore his left bicep but was able to finish the match and score the pinfall on Konley for his team.

— There isn’t much in the way of details on the extent of the injury, but it is believed he suffered the injury sometime during the match and in the backstage area following the bout, he believed the bicep to be torn as there was significant swelling in the area.

— If this is indeed a torn bicep, it would be an unfortunate turn of events for Mysterio given the recent rumors suggesting that he would be signing with and returning to WWE in the very near future, possibly in time for WrestleMania 34.