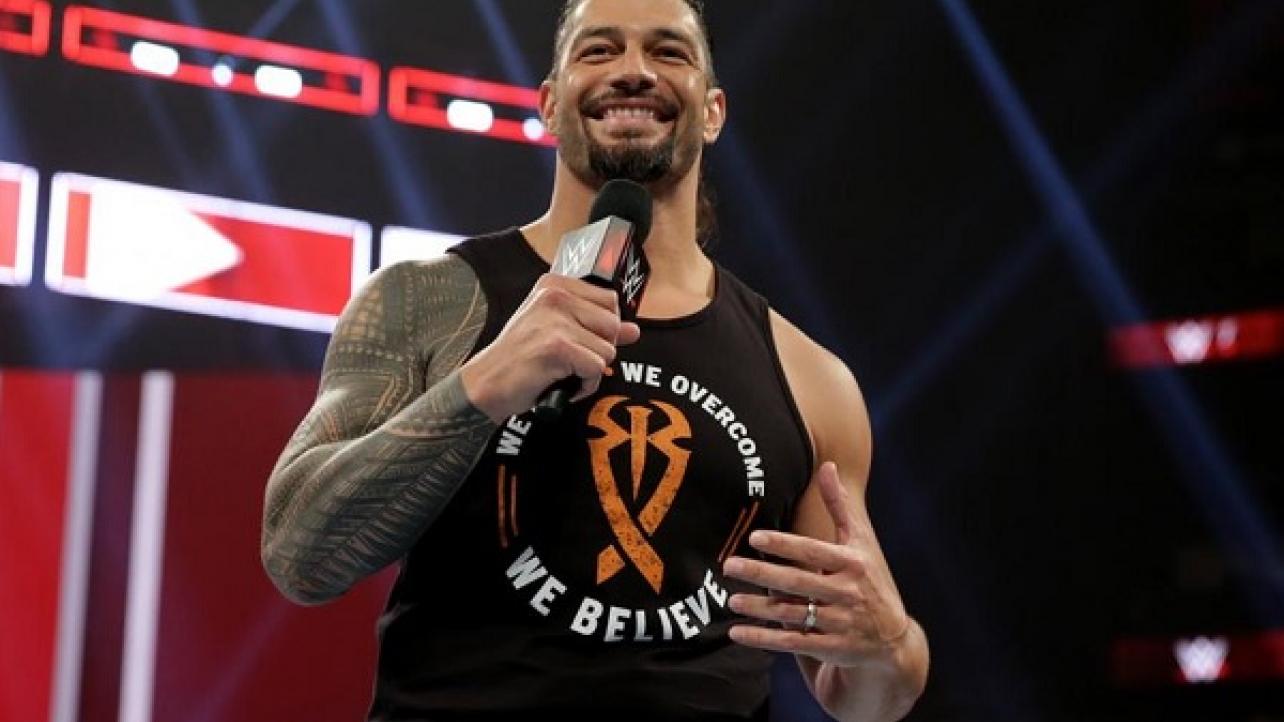 Roman Reigns’ return to the squared circle appears to be drawing closer and closer.

After making his return on Monday night’s episode of WWE RAW and appearing on ABC’s “Good Morning America” on Tuesday to confirm that his leukemia is in remission, there has been talk of when “The Big Dog” will be returning to the ring for his first match back.

Whether or not this is true obviously remains to be seen.

WWE Fastlane 2019 goes down from The Quicken Loans Arena in Cleveland, Ohio on Sunday, March 10th, airing live via pay-per-view and streaming on the WWE Network.

Make sure to join us here at eWrestling.com on 3/10 for live play-by-play results coverage of the WWE Fastlane 2019 PPV!