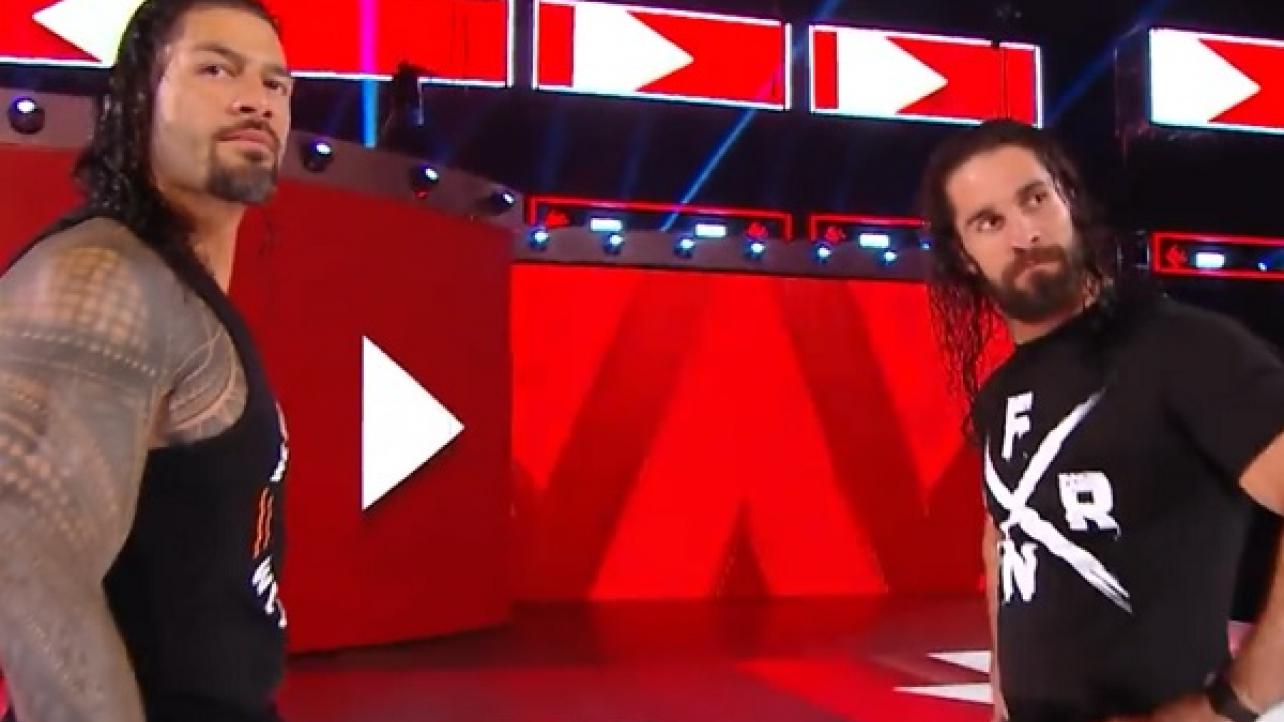 The Shield To Reunite On RAW To Set Up WWE Fastlane Eight-Man Tag Match?

It looks like the plans for the WWE Fastlane 2019 card is getting changed up a bit again.

Dave Meltzer of F4WOnline.com is reporting that the Quicken Loans Arena website advertisement about a two-on-three handicap match featuring the return of Roman Reigns could, in fact, be happening as we reported here at eWrestling.com on Thursday afternoon.

According to the longtime editor of the popular-and-trusted Wrestling Observer Newsletter, the advertisement, which lists Reigns and Seth Rollins teaming up to take on the trio of Baron Corbin, Drew McIntyre and Bobby Lashley, could turn out to be true, as an angle is already in the works for Monday night’s WWE Fastlane 2019 “go-home” episode of WWE RAW.

Meltzer is reporting that an angle will be shot on Monday’s RAW to possibly get Dean Ambrose added into the mix, which would of course once again reunite The Shield for a comeback match.

The plan could reportedly go one of two ways — either they go forward with the advertised Reigns and Rollins 3-on-2 handicap match against Corbin, McIntyre and Lashley, or it could end up being an eight man tag team match if The Shield does in fact reunite on Monday’s show. If that happens, the plan for the match is to feature all three members of The Shield and Braun Strowman going up against Corbin, McIntyre, Lashley and Elias.

The Shield To Reunite On RAW To Set Up WWE Fastlane Eight-Man Tag Match?