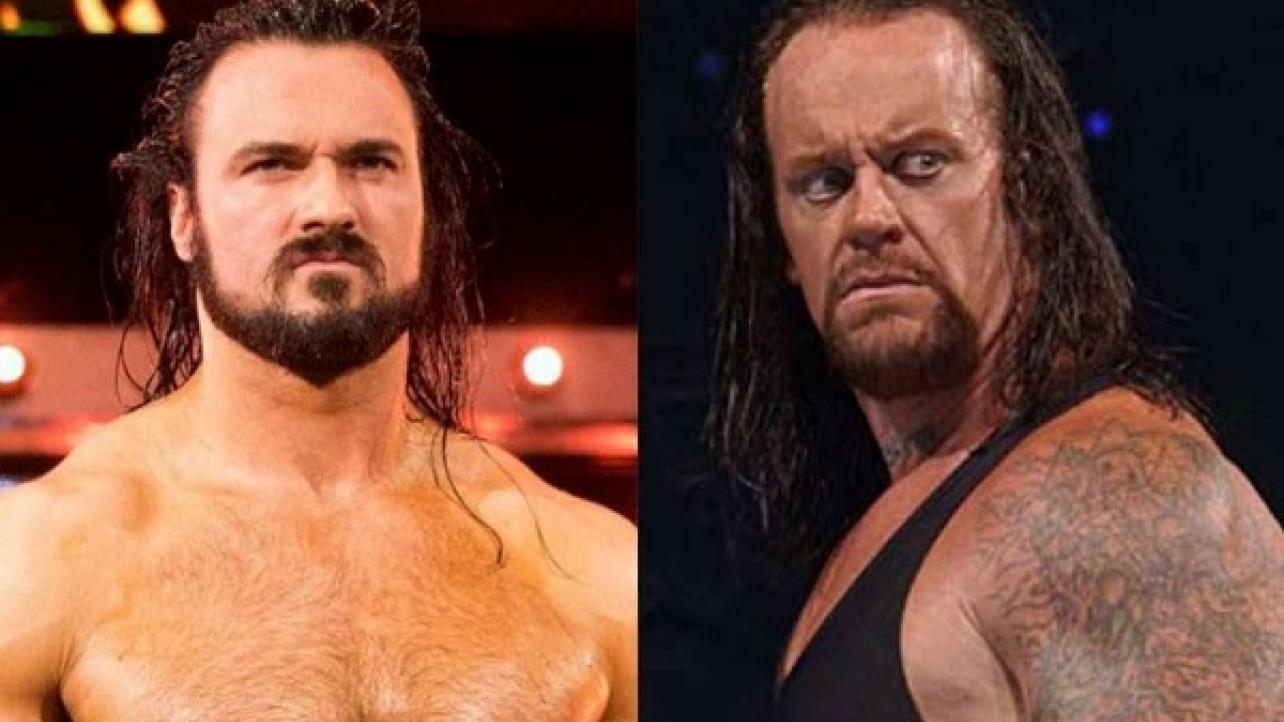 It looks like The Undertaker personally hand-picked his opponent for his upcoming in-ring return at the WWE Extreme Rules pay-per-view.

As noted, WWE announced The Undertaker and Roman Reigns vs. Drew McIntyre and Shane McMahon for the 7/14 PPV in Philadelphia, Pennsylvania following “The Pheneom’s” surprise return at Monday night’s post-WWE Stomping Grounds edition of WWE RAW.

According to Sports Illustrated, “The Dead Man” personally hand-picked “The Scottish Psychopath” as an opponent for the WWE Extreme Rules PPV next month.

Reports state that following The Undertaker’s rough outing with Goldberg at WWE Super ShowDown in Saudi Arabia earlier this year, he requested McIntyre to work with, as he is widely considered a fantastic in-ring performer, especially when it comes to selling the type of offense that The Undertaker primarily utilizes in his matches at this point in his career.

While there is no guarantee that the feud will live on after the WWE Extreme Rules PPV, the tag-team match pitting the two men against each other, with Shane McMahon and Roman Reigns as their respective partners, is already the top marquee match billed for the show at this time.

WWE Extreme Rules takes place on Sunday, July 14th at the Wells Fargo Center in Philadelphia, Pennsylvania. The show will stream live via the WWE Network, and will also be available via traditional PPV. Make sure to join us here at eWrestling.com on 7/14 for live results coverage of the show!