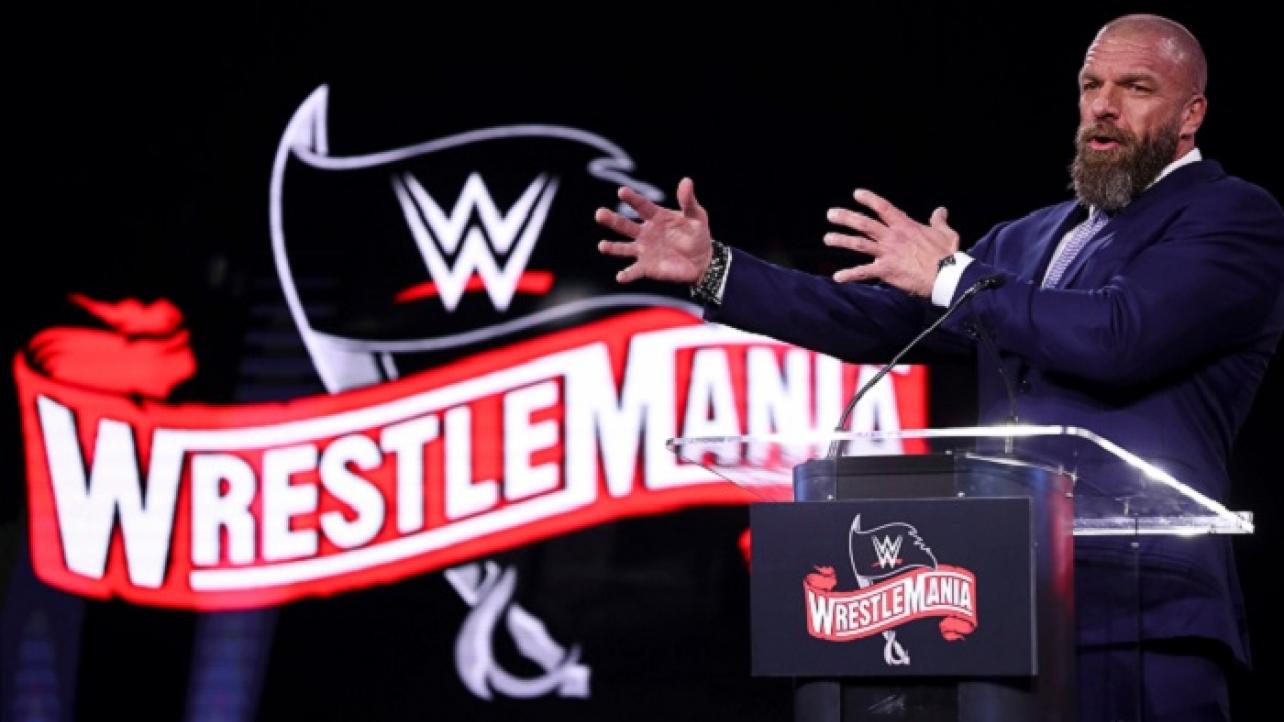 It is starting to look like WrestleMania 36 could end up being at least a partially taped show following a recent ban of the word “Live” made by WWE for promotional purposes related to this year’s two-night special event.

Some significant changes are taking place right now behind-the-scenes in WWE to accommodate potential rules and conditions that may exist due to the ongoing Coronavirus Pandemic when the dates for this year’s two-night WrestleMania 36 special event arrive in a couple of weeks.

WWE has reportedly begun the process of eliminating any references to the words “live” or “streaming live” from their promotional material for the upcoming two-night WrestleMania 36 spectacular.

Additionally, reports are making the rounds claiming an internal memo was even sent to WWE employees to inform them of the changes and to stress to them to avoid using the aforementioned tag-lines, as they are now essentially banned during the final build-up to this year’s big two-night special event.

Instead, the company is pushing the event with a tag line of “Too Big for One Night”, which of course is due to the fact that the event is going to be airing over two days instead of the usual one night live extended-length PPV and WWE Network event.

While this isn’t confirmation that WrestleMania will be taped as opposed to live this year, it is likely the biggest hint that the company will pre-tape events and air them on Saturday the 4th and Sunday the 5th as part of, if not entirely for, this year’s “Show(s) of Shows.”

In addition to WrestleMania, WWE is reportedly moving forward by taping the next two episodes of SmackDown on Saturday and Sunday and then air Raw live on Monday, followed by another episode of Raw taped on Tuesday (to air the following week, which would be the go-home edition).

Apparently the reason for this is because of the ever changing situation with the Coronavirus (COVID-19) Pandemic and the increasing chance that more rules could be put into place that would make it difficult for talent and employees to travel, or to pull off plans that require a live atmosphere that might not be allowed by show-time.

By having everyone in Orlando at once and taping shows ahead of time, WWE would greatly reduce any disruption for their flagship TV shows.

Because of the possibility of things like this happening on “The Grandest Stage(s) of Them All,” WWE is taking the appropriate steps to ensure this year’s two-night WrestleMania 36 event goes off as smoothly as possible despite the conditions and rules that may be set when the dates for the shows arrive in a couple of weeks.

Continue visiting eWrestling.com as we continue to provide behind-the-scenes news as the Road to WrestleMania winds down, and make sure to join us here on 4/4 and 4/5 for LIVE WrestleMania 36 Results coverage!