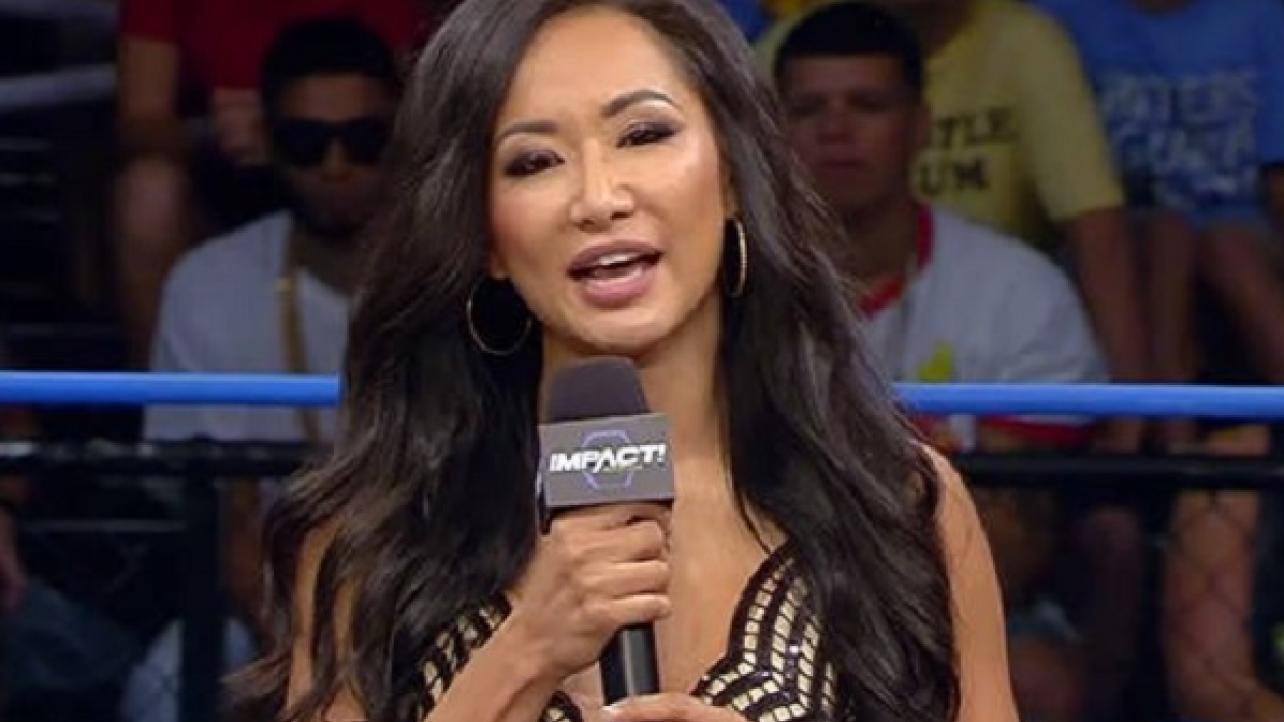 During her 2002 debut with the WWE, Gail Kim captured the WWE Women’s Championship belt by winning a seven-woman battle royal that had been heavily hyped with weeks of promos promising a Matrix-inspired gimmick. Kim’s run with WWE lasted two years following her debut win, only to be cut short due to down-sizing to cut costs in the company.

After parting ways with WWE, Kim spent 2005-2008 in TNA before making her return to WWE for another three-year run. Kim finished out the remainder of her career wrestling for Impact Wrestling after her 2011 return.

Following a suggestion from one Twitter fan that Gail Kim would make a good addition to the upcoming WWE Evolution pay-per-view in October, Kim stated that while she was happy for the women WWE talent, she had no interest in returning to the company. Kim went on to say if she ever did make a return, it would be for Impact Wrestling, the company with which she retired from in February 2018.

When asked why a WWE return isn’t a possibility, she replied saying that she was never happy in WWE during her two times with the company. She continued saying Impact Wrestling is her happiness and sometimes life is about more than money.

Gail Kim stated that the reason a WWE return wasn’t a possibility was that she was never happy in the company during her two stints, continuing that Impact Wrestling was her happiness and sometimes life is about more than money.

Happy for the women in the company but if I ever made. Return, it would only be for @IMPACTWRESTLING https://t.co/yillNFm9DT

Bc I’ve been there twice. I have never been happy there. Life is about happiness. Impact Wrestling is my happiness. It’s not about money sometimes…. people just don’t understand that https://t.co/rOaehEimOH