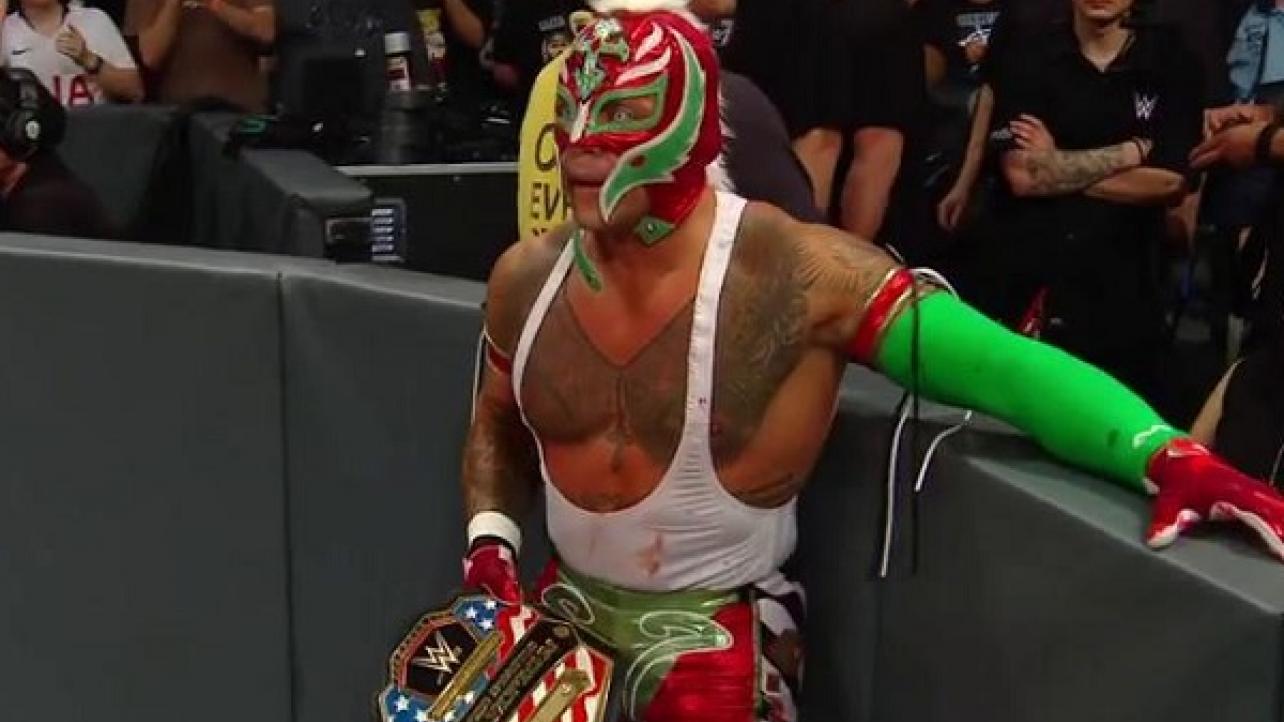 – By winning the WWE United States Championship for the first time at Sunday night’s WWE Money In The Bank 2019 pay-per-view, Rey Mysterio became the 14th Superstar in WWE history to become a “WWE Grand Slam Champion.” Mysterio defeated Samoa Joe to capture the WWE U.S. Title at last night’s PPV, ending a streak of nearly eight years since the future WWE Hall Of Famer has actively held a gold in the company.

– Rusev took to social media on Monday afternoon to post a mocking tweet directed at Charlotte Flair. Check out his comments below.

Wow when it’s all said and done @MsCharlotteWWE will be 35 time world champ!!! The greatest superstar in the history of superstars. Teach me

– Finally, WWE posted their usual “5 Things You Need To Know Before Tonight’s RAW” video on YouTube, which features Cathy Kelley looking at the major points heading into tonight’s post-WWE Money In The Bank 2019 edition of the show. Check out the video below, and remember to join us here at eWrestling.com this evening for live play-by-play results coverage of the show!