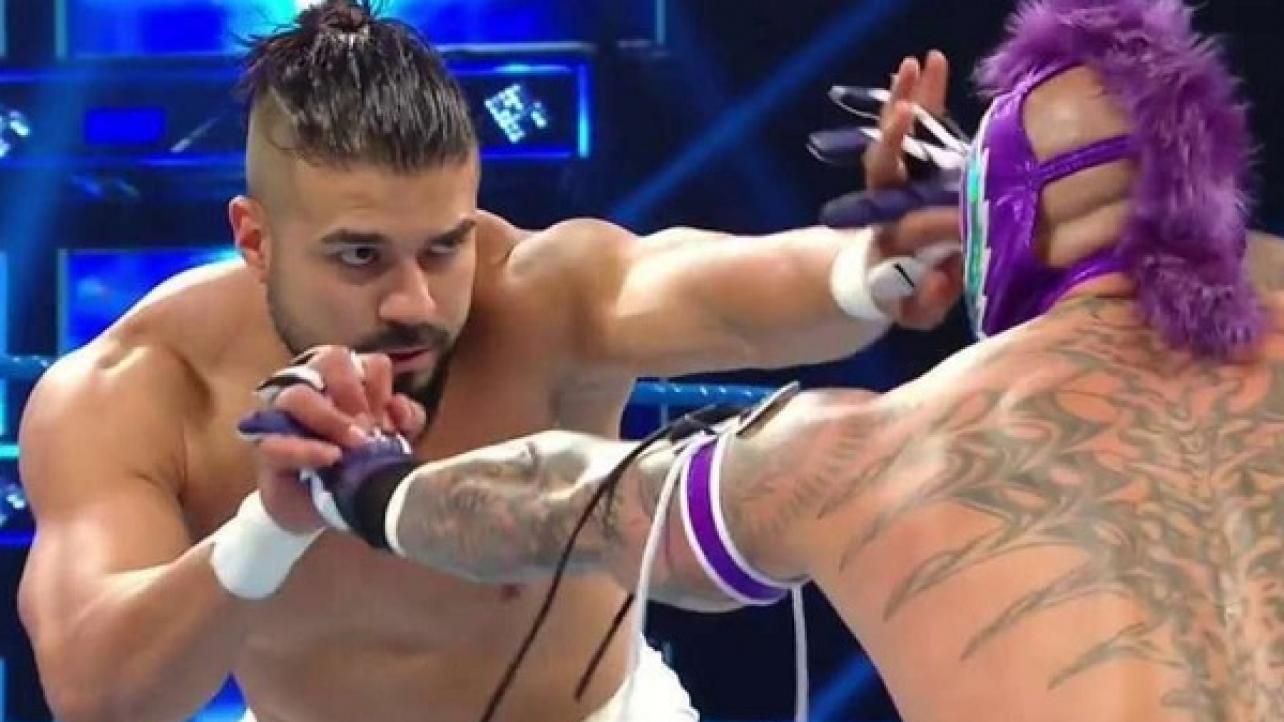 As noted, Rey Mysterio recently appeared as a guest on the WINCLY Podcast for an in-depth interview, as we reported some highlights of his extensive talk about another legitimate wrestling war breaking out between WWE and AEW.

Additionally, during his appearance on the program the pro wrestling legend spoke about Andrade being the next potential big Superstar to breakout in WWE.

On Andrade being a big potential future Superstar in WWE: “This kid is awesome. I mentioned it before in previous interviews, but every time I’m in the ring with him, there’s an affiliation to how I would move with Eddie [Guerrero]. This is how good he is: he’s thinking a step ahead before you even move. He already knows the positioning and knows exactly what to do and how to do it. My hat goes off to Andrade as he’s definitely the future of WWE.”

On Andrade just needing to clean up his microphone skills and learn the English language better to get to the next level in WWE: “Just like anybody else – once you can dominate the mic skills and English, then he is bound to become a star. I’ve seen him work on his English, and it’s a slow process, but he’s moving forward. Once he dominates his English language, he’s on his way to stardom.”

Check out the complete Rey Mysterio interview from the WINCLY Podcast below, or at AudioBoom.com.