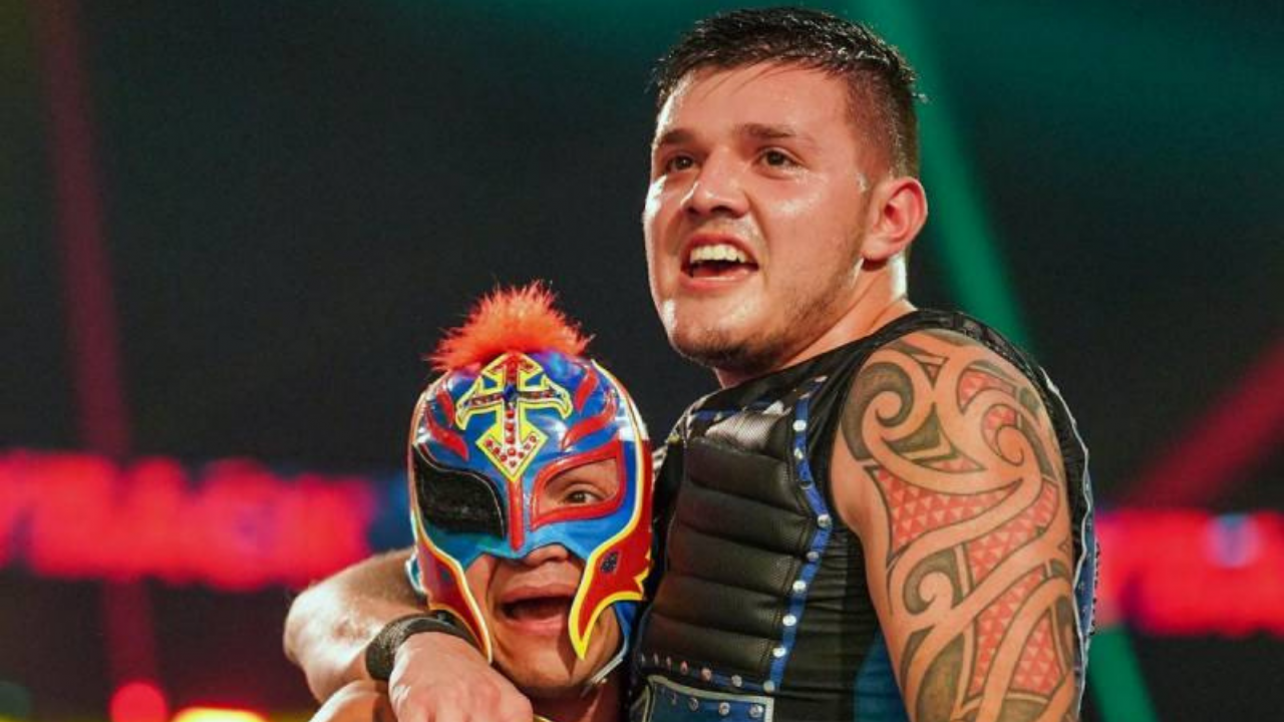 Earlier this week, WWE Smackdown Tag Team Champion Rey Mysterio sat down for a discussion with Ryan Satin. During the conversation, Rey shared his initial reaction to Dominik Mysterio wanting to step inside the squared circle. Rey, who appeared on Out of Character, also spoke about Dominik’s debut at Sumemrslam, and more. Check out his comments!

On Dominik deciding to “break in the business”:

“No I wasn’t. I think because he asked to be a part of this profession at a very late stage. Out of nowhere, I wasn’t expecting it. He was like, ‘Mom and Dad, I want to talk to you guys. I want to see if I can break in the business. I was like, ‘Whoa.’ I guess because it happened to me and I grew up around this sport. At the age of four or five years old, I was already bumping and jumping in the ring. So, the fact that he started late, I never thought that day would come. I was really excited. I was really pumped when he said he wanted to break and see if he had what it takes.”

On his son’s debut against Seth Rollins at WWE SummerSlam:

“Everything just kind of evolved so quickly, and he was given the opportunity to debut on SummerSlam. I, personally, didn’t think he was ready. So, I let him make his choice. I said, ‘Dom, this is what they want to happen. Are you good? Or do you want to say no?’ He was like, ‘No, dad. I’m ready. I’ll do it.’ I was like, ‘Whoa.’ So, you can only imagine the level of nerves and stress I had during that time.”

On how he feels about Dominik using the 619:

“Every time he wrestles, I go back, and we sit down, and we kind of critique the match. So I told him, ‘Son, you gotta pick up your speed on the 619, man. You’re going too slow.’ He said, ‘Pops, I’m going at your speed.’ I said, ‘Bulls—! You’re not going at my speed. I’m going at your speed, so we’re running together.’ He goes, ‘Wait and see me do it in singles next time.’ I believe I was slowing down because I didn’t think he would go as fast as I would. I’ve seen him in training, and he runs pretty fast when he throws himself at the ropes. But still, no one does it like his pops.”