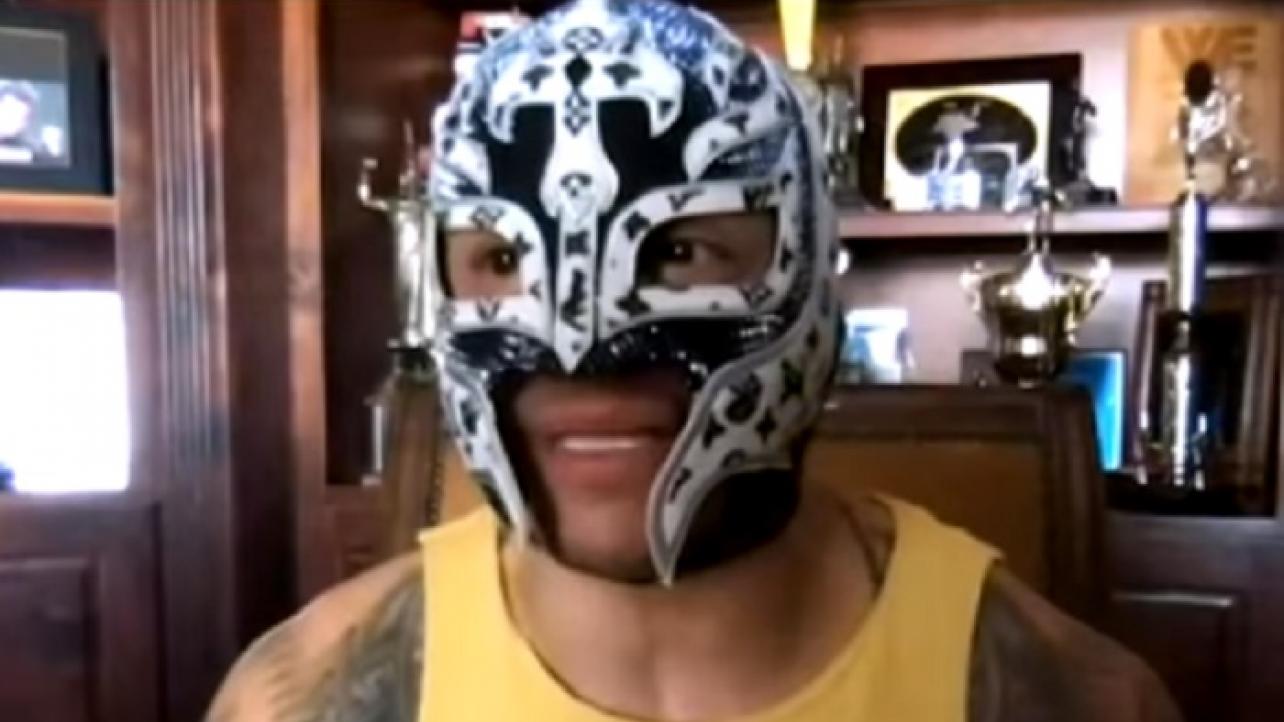 Lucha-libre legend Rey Mysterio was a recent guest on WWE’s The Bump to talk all things pro-wrestling, including his love for current AEW producer Dean Malenko and reflects on his WWE world title win from WrestleMania 22. Highlights can be found below.

On how Dean Malenko took him in WCW:

Dean was the first guy that took me in when I went to WCW. The Great American Bash was actually my first tryout match in WCW. There was definitely a connection right off the bat. Dean had already been – numerous times – to Japan and did the J-Cup. So, you know, I think the size and the weight difference and him wanting to learn and do a little more Lucha, as well as being around Eddie [Guerrero] and [Chris] Jericho, it definitely gave him a different vision of what could really happen with that Lucha Libre style. I tip my mask off to Dean because he was the one that kind of held me by the hand and took me along the way. I learned so much from him. I have so much respect, and I love that man very, very much.

Talks about his legendary Halloween Havoc match with Eddie Guerrero:

It’s very special! On Monday, we celebrated 23 years [since] that match; it brought back a lot of memories. I knew Eddie very well. I had the opportunity to share the ring with him three or four times. The connection was already there without a doubt because I had the opportunity to work Eddie in Mexico. We already knew our styles, but the meaning of that match and the tension going into the ring that night was on another level. I had the weight of having my mask taken off. The decision was changed, [but] I was nervous as hell. I asked Eddie, ‘What are we going to do?’ He said, ‘Aw Rey, just open your ears and listen to me.’ A lot of things that happened that night and the magic we created was on the fly. That’s what makes it even more special.

On winning the world title at WrestleMania 22:

Every time they ask me what’s my favorite match, I like to use the world title match at WrestleMania 22 because that was a historical moment for me. But, without this match at Halloween Havoc, there probably wouldn’t have been a WrestleMania 22 for me,” he implied. “So, this is the one that definitely gives me more pride and honor. I feel truly blessed to have been part of that event and to present this match to fans around the world. We tried to recreate that magic several times, but it just didn’t happen. I think that’s why this match is even more special.

Check out the full edition of The Bump below. (H/T and transcribed by Wrestling Inc.)