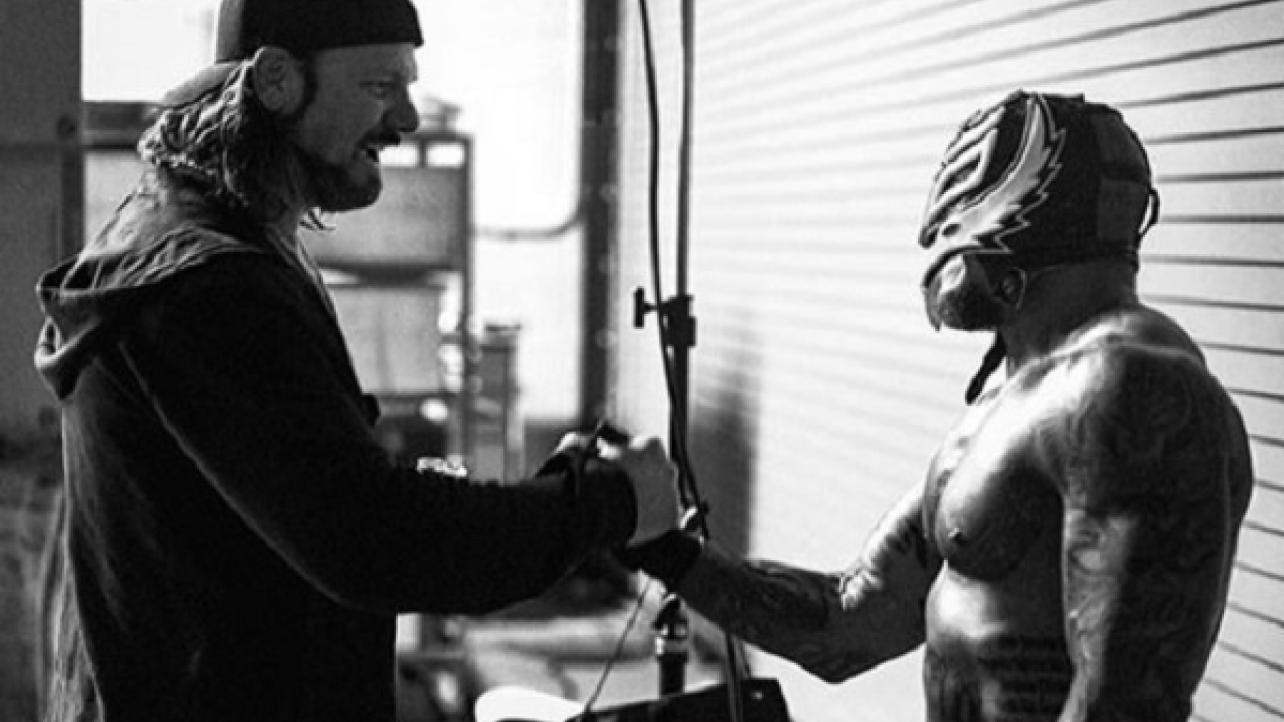 It looks like Rey Mysterio is starting to tease a match in WWE.

After his appearance at this past Sunday night’s WWE Royal Rumble pay-per-view, where he appeared as number 27 in the men’s Royal Rumble match, Mysterio has been the talk of the wrestling world.

As of this writing, Mysterio’s appearance at Royal Rumble is by far the number one most viewed video from the pay-per-view, according to stats on WWE’s official YouTube channel. Mysterio’s return clip has been viewed by over ten million people, leaps and bounds above the other most videos from the show, such as the complete Kickoff Show (3.4 million views), Ronda Rousey’s debut (2.8 million views) and Trish Stratus’ return (2.3 million views).

On Friday, Mysterio posted a photo of himself and A.J. Styles backstage at the pay-per-view at the Wells Fargo Center in Philadelphia, Pennsylvania over the weekend with a caption that read, “One Day! A/J-vs-R/M #Respect.”

It’s worth noting that the two actually did wrestle each other in the past, with Styles defeating Mysterio at a 5 Star Wrestling event in January of 2016.