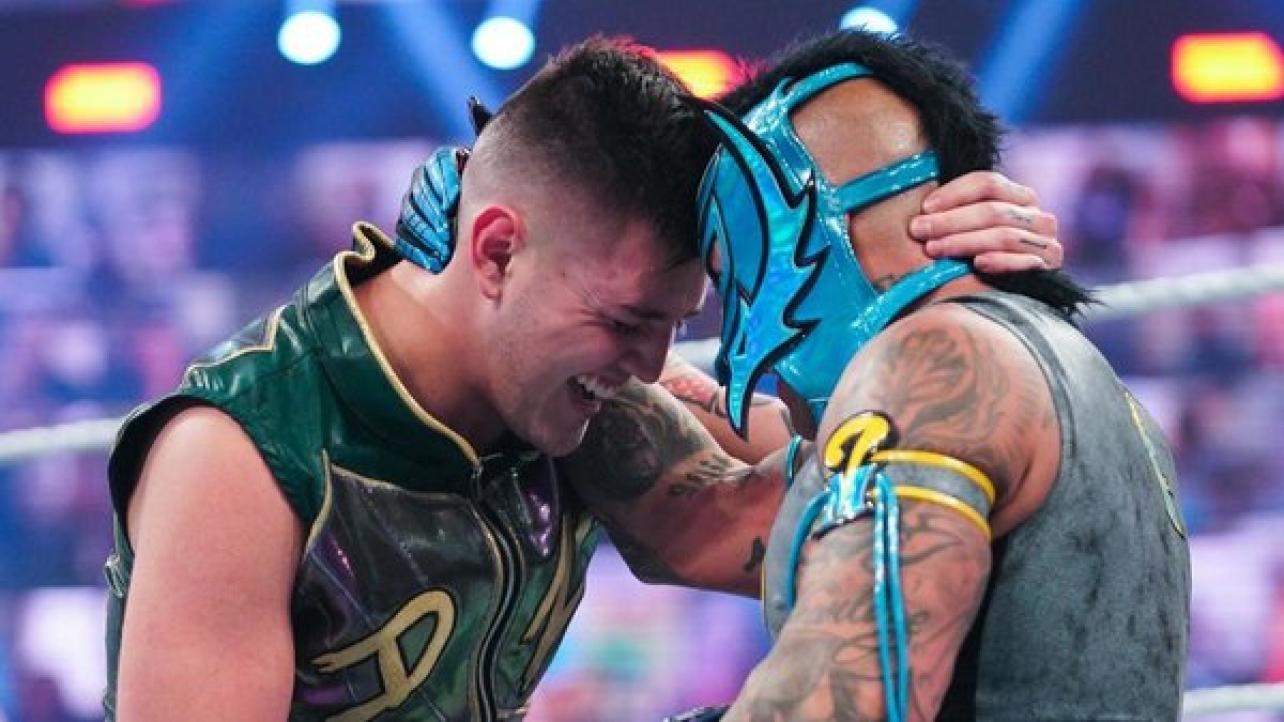 Rey Mysterio On Wrestlemania Backlash: “Eddie Was There With Me”

Rey Mysterio recently stopped by the Out of Character podcast, where he discussed Wrestlemania Backlash. One-half of the WWE Smackdown Tag Team Champions also spoke about his own pre-match jitters, watching his son perform, and helping out his son Dominik in the ring. Check out the highlights.

On the energy he felt during Wrestlemania Backlash:

“The energy that I felt that day and throughout that whole match, God’s presence was with me at all times,” said Rey. “Eddie was there with me at all times, it was just…I felt like I was 21 years old again. I just had so much positive emotion that was running through my mind, through my blood that I just couldn’t wait for the finale of that match to happen.”

Says he still gets nervous before each match:

“1000%,” said Mysterio. “I still do this day, it’s nerve-wracking for me to hit the ring. And it’s what happens before I walk out that curtain, that adrenaline, that emotion, making sure that everything comes out crisp and clean, that I impress my fans, that I impress the company. And everything that I do has to come out to a T, I have OCD, so I want everything to just be perfect… Now on top of that, now I had double stress. Because now I’m not only worried about me, but about making sure that my son does well, so it was a lot of weight that was carried on my back. ”

Rey Mysterio On Wrestlemania Backlash: “Eddie Was There With Me”