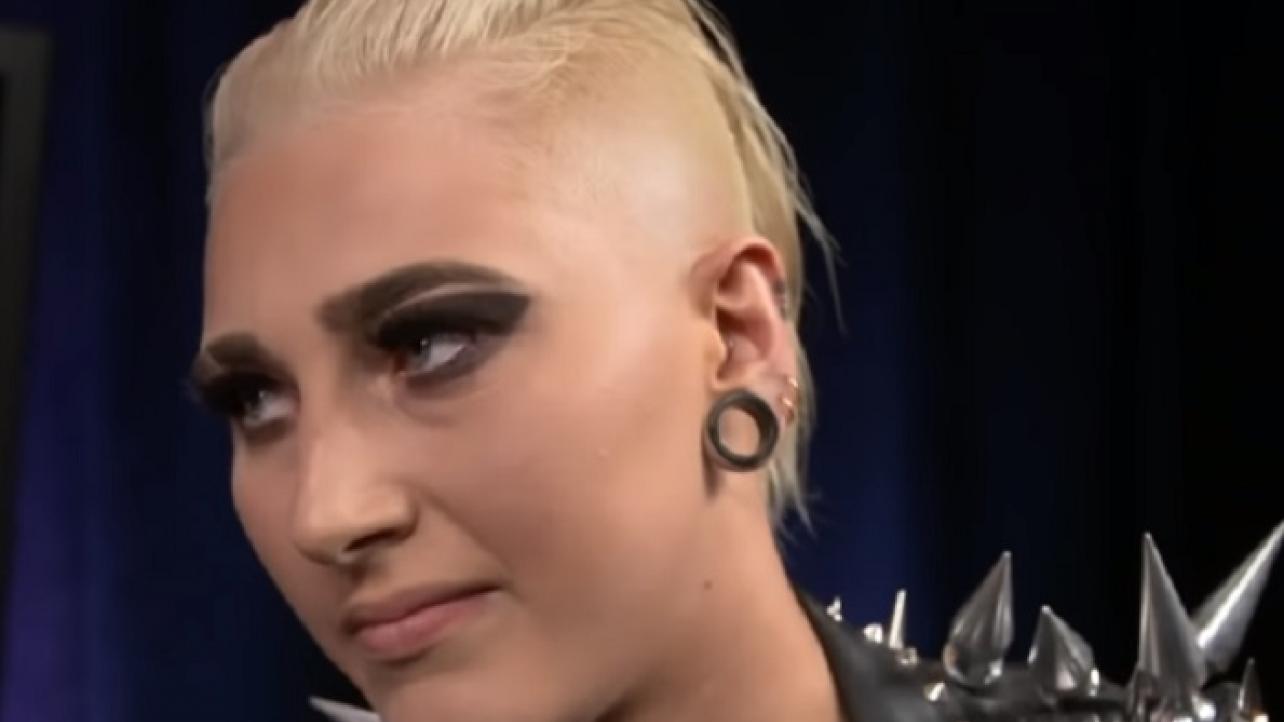 Rhea Ripley recently spoke with Marc Churches of Wide World Of Sports in Australia for an interview. Featured below are some of the highlights.

On Triple H saying she will headline WrestleMania in the next five years: “Listening to that is wild to me. Growing up, Triple H is the reason I started watching WWE and the reason I started wrestling. Now he’s my boss and saying that I might be the one to main event WrestleMania in the next five years – to me that’s amazing. To think how far I’ve come from wrestling in little Adelaide, South Australia, to now having Triple H say nice words about me and putting me over everyone is wild.”

On her goal being to go to SmackDown: “Of course [I want to be the face]. It gives me a lot of confidence within myself because I know he (Triple H) sees a lot in me and I’m glad he does and I’m happy he does. Sometimes you need a confidence boost in anything you do and it’s nice to get that from someone like Triple H. I normally like to prove people wrong and that gets me going and that’s what makes me push myself to the next level but every now and then it’s nice to get some positivity and I can use that to become the best Rhea Ripley.

“Even though I should be setting goals, the best way to do it is to go with it. I want to make it to SmackDown and I want to make it WrestleMania again. I want to do all the pay-per-views and wrestle everyone. I want to see how far I can get in my career and just keep pushing myself to the limit every time and do my best pretty much. If I were to say a goal – it would be to go on Raw and Smackdown and have a whole new locker room of females I can get in the ring with. I want to experience being in the ring with everyone, seeing their styles and making history.”

Check out the complete Rhea Ripley interview at Nine.com.