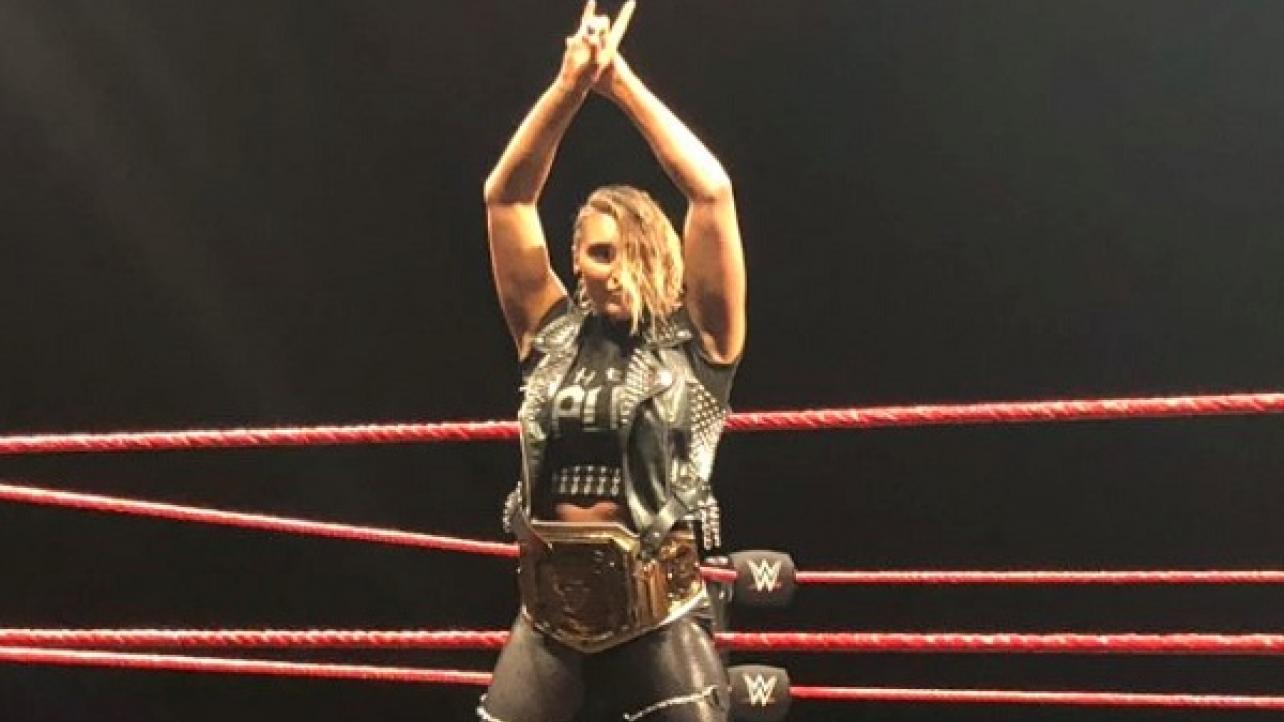 Rhea Ripley On Wanting Match With Becky Lynch, Being Inspired By The Miz

NXT U.K. Women’s Champion Rhea Ripley recently spoke with the folks from SPORTbible to talk about becoming the inaugural women’s champion for the new WWE brand, how she was inspired by The Miz growing up and more. Featured below are some of the highlights from the interview.

On her NXT U.K. Women’s Championship victory being taped months before it aired on the WWE Network and if the NXT U.K. brand will have more live shows: “I hope so. I’d like to record live. With the whole NXT tapings and it not being aired yet but, like, still being seen and people finding out, I’m okay with it because it eventually does get aired. Yeah, it’s a shame that I haven’t been able to talk about it for three months, but at the end of the day, I’m still the first-ever NXT UK Women’s Champion, so … I don’t really mind when it gets aired. It’s still awesome, it’s still amazing, it’s still a cool experience! But at the end of the day, the main goal for me is to be on live TV and if NXT UK could go live that would be awesome.”

On how she was inspired by The Miz: “I don’t think I’ve really taken anything from him. Maybe just his ‘snarkiness,’ but I think that’s the main thing that I really liked about him. How he was just so cocky all the time and he pretty much just goes out there and says what he wants, so I guess I’ve been trying to do the same. I do it more on Twitter than in person, because why not? I just like his attitude and thought he was cool.”

On who she would like to face most between all the women’s title-holders in WWE — Ronda Rousey (RAW Women’s Champion), Becky Lynch (SmackDown Live Women’s Champion) or Shayna Baszler (NXT Women’s Champion): “That’s a tough one because they’re all awesome athletes, so I definitely want to have a go at all of them. But the main one would probably be Becky Lynch just because she did have a little bit of a Twitter war with me and I don’t appreciate that. So, you know, you got to give it to her. [Laughs]”

Check out the complete Rhea Ripley interview at SPORTbible.com.

Rhea Ripley On Wanting Match With Becky Lynch, Being Inspired By The Miz