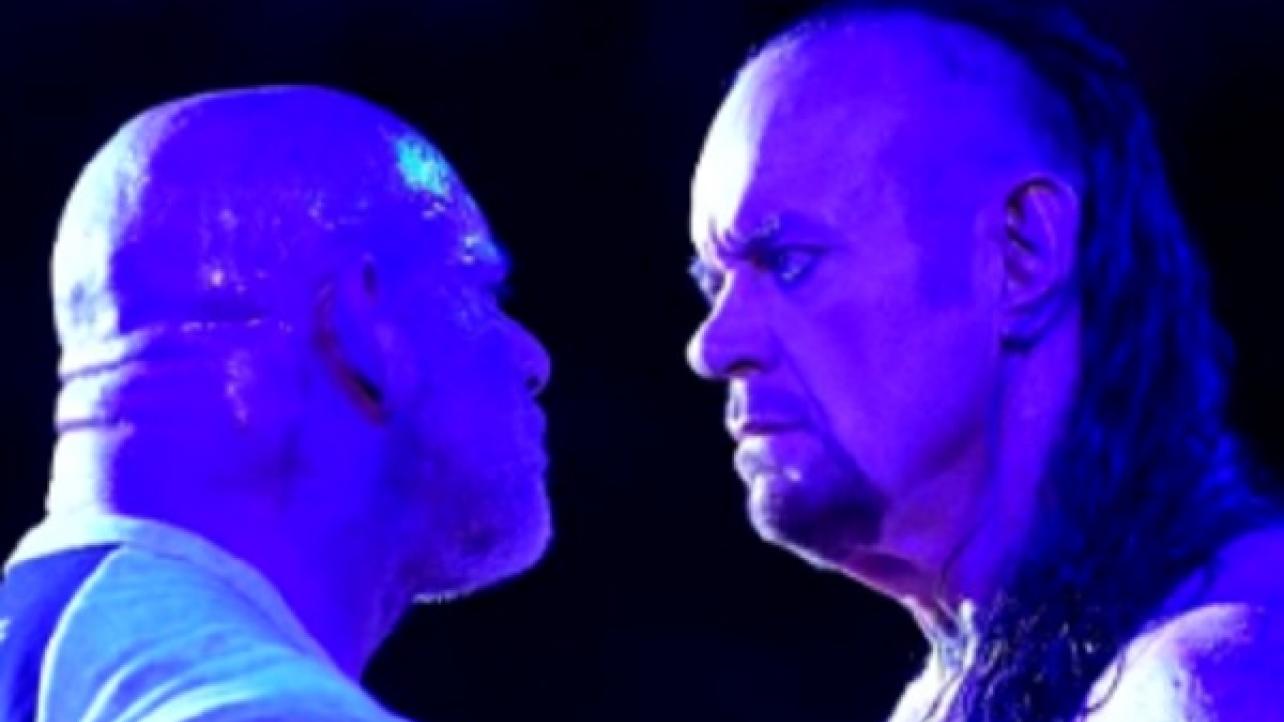 Ric Flair On Criticism Goldberg/Undertaker Match Has Been Receiving: “I Don’t Like It”

Add Ric Flair to the growing list of pro wrestling legends and current performers who have chimed in with their take on the highly-criticized “First Time Ever” match between WWE Hall Of Famer Bill Goldberg and The Undertaker from last Friday’s WWE Super ShowDown special in Saudi Arabia.

As noted, Goldberg knocked himself out in the match, suffering a concussion in the process and affecting the quality of the match from that point forward.

During a recent appearance on Busted Open Radio with Bully Ray and Dave LaGreca, “The Nature Boy” gave his take on what went down during the match.

The two-time WWE Hall Of Famer addressed the criticism the match has been receiving, claiming age didn’t have as much to do with what happened as much as the fact that having long stretches of downtime between matches is a bigger factor than many think.

“I don’t like it, but that doesn’t mean that they cannot have an opinion,” said Flair of the criticism the match has been receiving. “I don’t have an agenda here,” he added, before giving his own take on the match.

“I cannot let a minute or two of fatigue define anybody,” said ‘Naitch. “It’s funny, had they gone on one more minute perfect and hit it, everyone would have been like, ‘Oh my god that was perfect!'”

Check out highlights of Ric Flair on Busted Open Radio with Bully Ray and Dave LaGreca below.

“It’s tough, and it’s not factored around age.”@RicFlairNatrBoy explains why, no matter the age, long breaks from the ring are a bigger contributing factor to stamina & in-ring performance than age.@davidlagreca1 @bullyray5150 #WWESSD #RAW #SDLive #WWE pic.twitter.com/SmlcnA4tyM

Ric Flair On Criticism Goldberg/Undertaker Match Has Been Receiving: “I Don’t Like It”