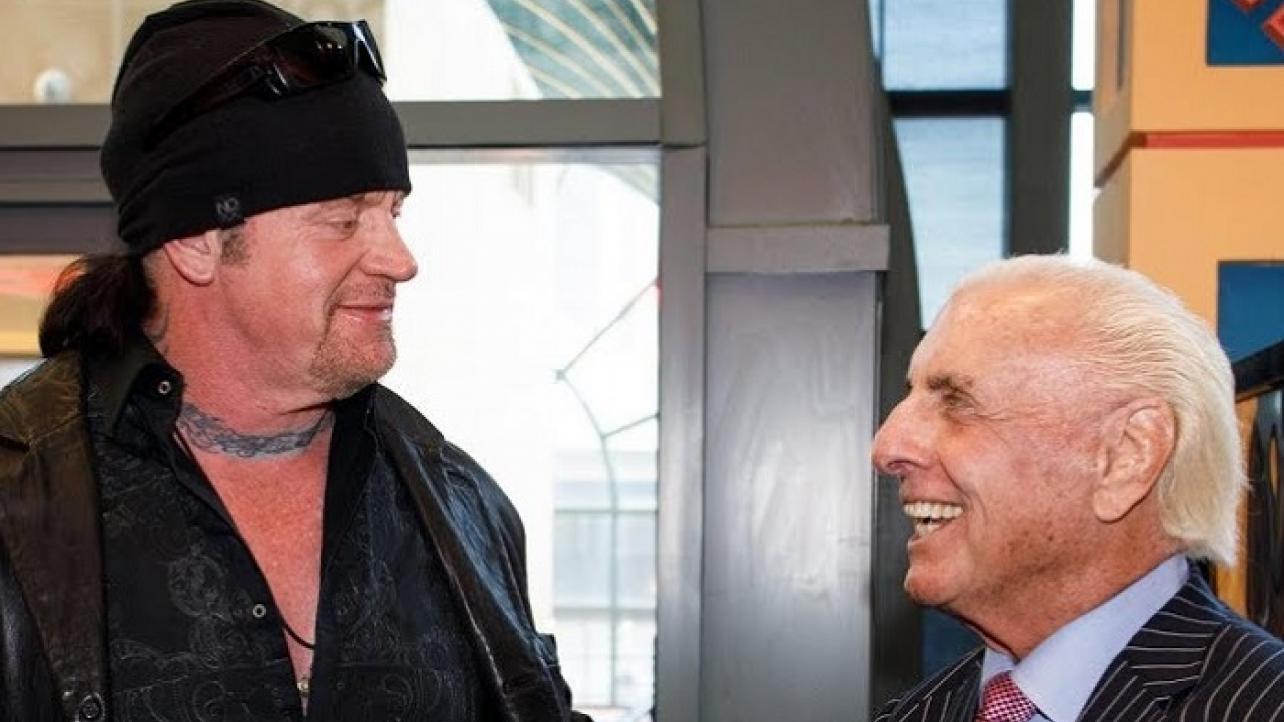 Following WrestleMania 36 this past weekend, Ric Flair sent a pair of texts to The Undertaker and Stephanie McMahon, the contents of which he revealed during a recent interview.

During his appearance on The Wrestling Inc Daily podcast at WrestlingInc.com, the two-time WWE Hall Of Fame legend revealed exactly what he wrote to “The Dead Man” and the WWE executive soon after their first-ever taped, two-night WrestleMania extravaganza wrapped up on Sunday night.

Featured below are some of the highlights from the post-WrestleMania 36 interview with “The Nature Boy”:

On The Undertaker: “I texted Taker, ‘You did it again.’ [Laughs] It’s incredible. Vince McMahon and Kevin Dunn, they create stuff better than Netflix, Amazon or anything. Are you kidding me? Between that and the Fun House, it was incredible. If I’m dying as an adult who’s been watching this forever, can you imagine what a 12-year-old is thinking? They gotta be going, ‘Wow! Daddy this is the coolest thing!’ I’m sitting here with Wendy and she’s become not only a big-time wrestling fan, but she’s watched me so many times over the years that she’s capable of calling what’s good and bad and she loved everything. They entertained everybody.”

On Stephanie McMahon: “I texted Stephanie, ‘Only the McMahons could pull this off’ and they did! Every demographic in the world of sports and entertainment got covered. It was tremendous. It was an excellent match with Charlotte and Rhea and you had all of the entertainment in the world with The Undertaker and then Bray Wyatt. It was incredible.”

Check out the complete Ric Flair interview from The Wrestling Inc Daily podcast below.