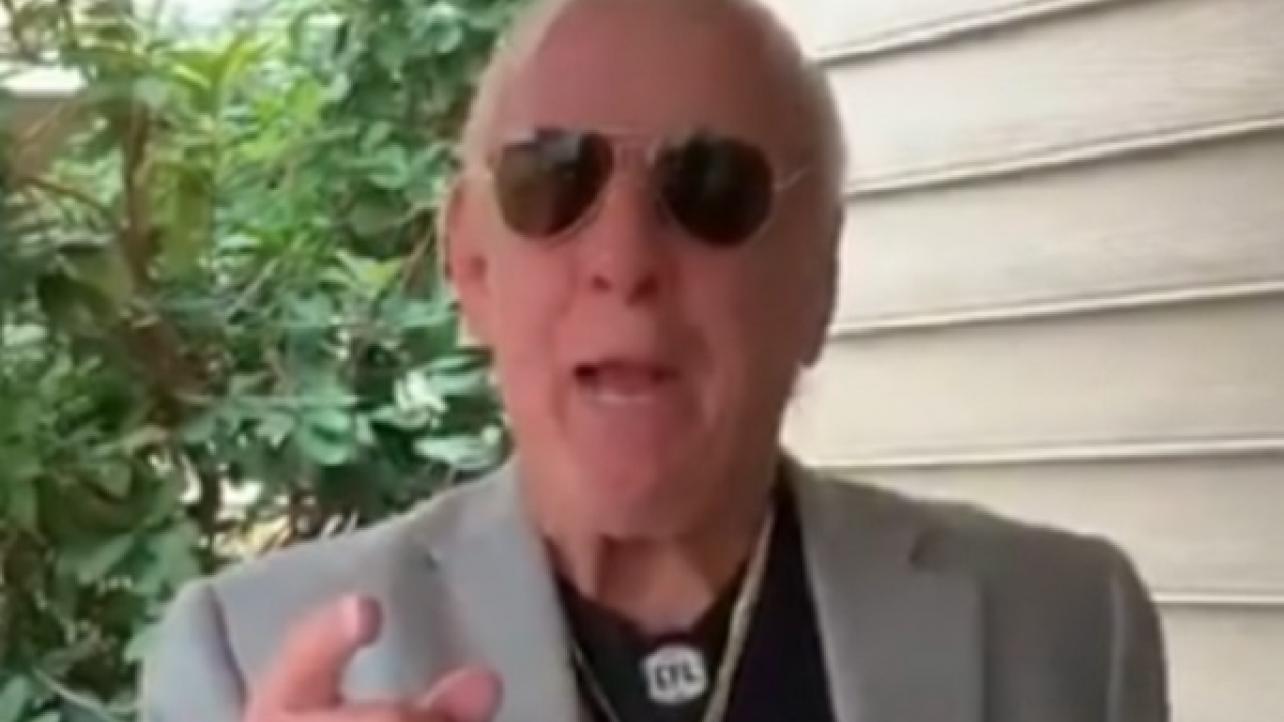 WWE Hall Of Famer Ric Flair recently appeared as a guest on the Steve Austin Show podcast. Featured below are some of the highlights from the interview.

On his belief that WWE scripts promos for talent due to lack of confidence in their abilities: “I have to believe, because I was there with [Austin] a lot, but [Austin] walked around and [he] collected [his] thoughts and [Austin] knew where [he] was going. [Austin] didn’t have 40 writers walking [him] to the gorilla [position] before [he] walked out the door. [Austin] had a gameplan.” Flair continued, “when you have that groove and the capacity to entertain the crowd, they have to let you run with it and I don’t see that much these days because I think they’re worried that the kids don’t have enough experience. It’s not that they can’t, but that they don’t have enough experience, so I think it’s harder these days from that standpoint. Do I think it’s any easier in terms of work? No. I think that the kids do a lot more high wire stuff right now and they incorporate so many things in their work. It’s not that they’re any more gifted as an athlete, but the business has raised the bar. Ultimately, it may mean something or it won’t mean something.”

Check out the complete episode of the Steve Austin Show featuring the Ric Flair interview at PodcastOne.com.