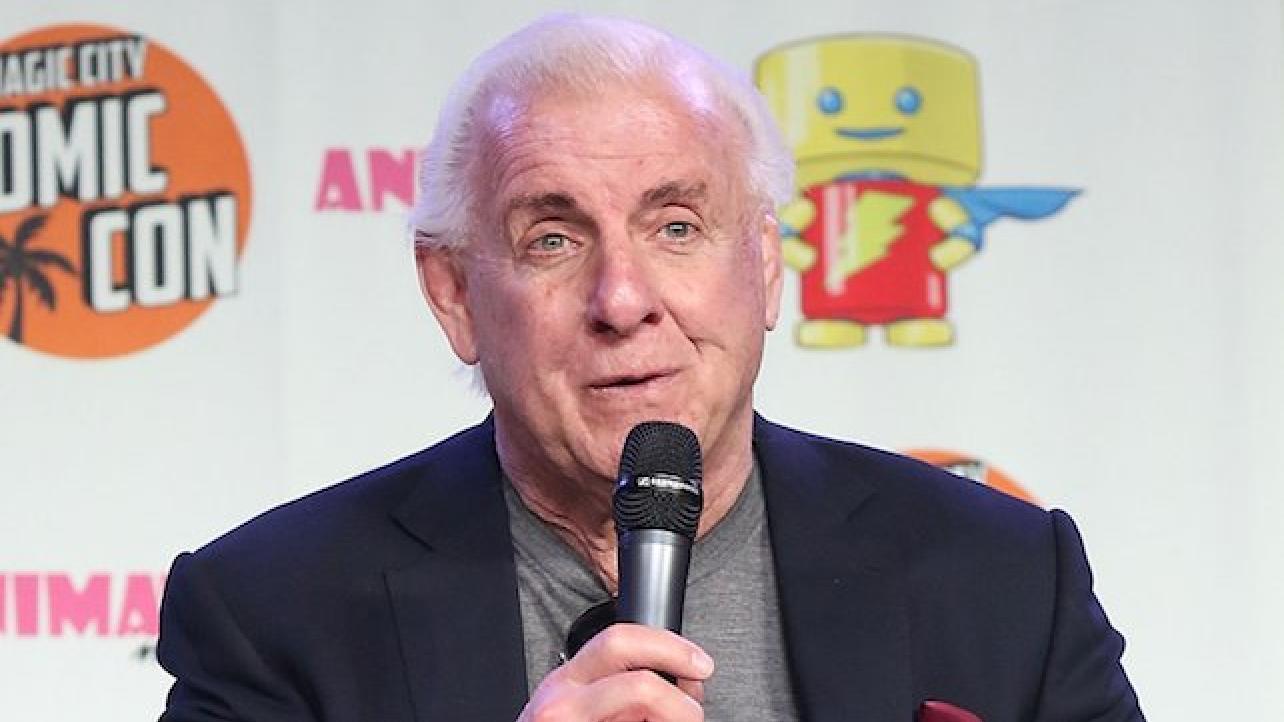 WWE Hall Of Famer Ric Flair recently appeared as a guest on The Justin, Scott & Spiegel Show on 98 Rock in Baltimore, Maryland. During the show, “The Nature Boy” spoke about the old Four Horsemen stable and who from today’s WWE roster he would choose to assemble a modern-day version of the faction.

“The first guy I would take is Dolph Ziggler,” said Flair. “The second guy would be Seth Rollins. Third guy would be, let me think, Horsemen… that requires a lot. You gotta be good at what you do be able to enjoy life.”

Flair continued, “Let me think: Seth… God, I haven’t had too much fun with him, but I’m sure he’d be great – Roman Reigns. Yeah, Roman’s a trooper. Gotta be careful with what I say, because (laughs) God forbid anybody have any fun anymore. And, let me think. Uh, oh God, he would run from me but Randy Orton for sure, but he is so, so married and so laid back and having a good time, but make no mistake, Randy Orton right now is still the best wrestler in wrestling. A little shorter than Barry [Windham], but same athleticism, phenomenal shape, great look, but Randy has calmed down. He’s happily married, beautiful kids, and don’t even tell him I suggested that (laughs). If Dave Batista was back, Dave would be great too.”

Check out the complete Ric Flair interview below.