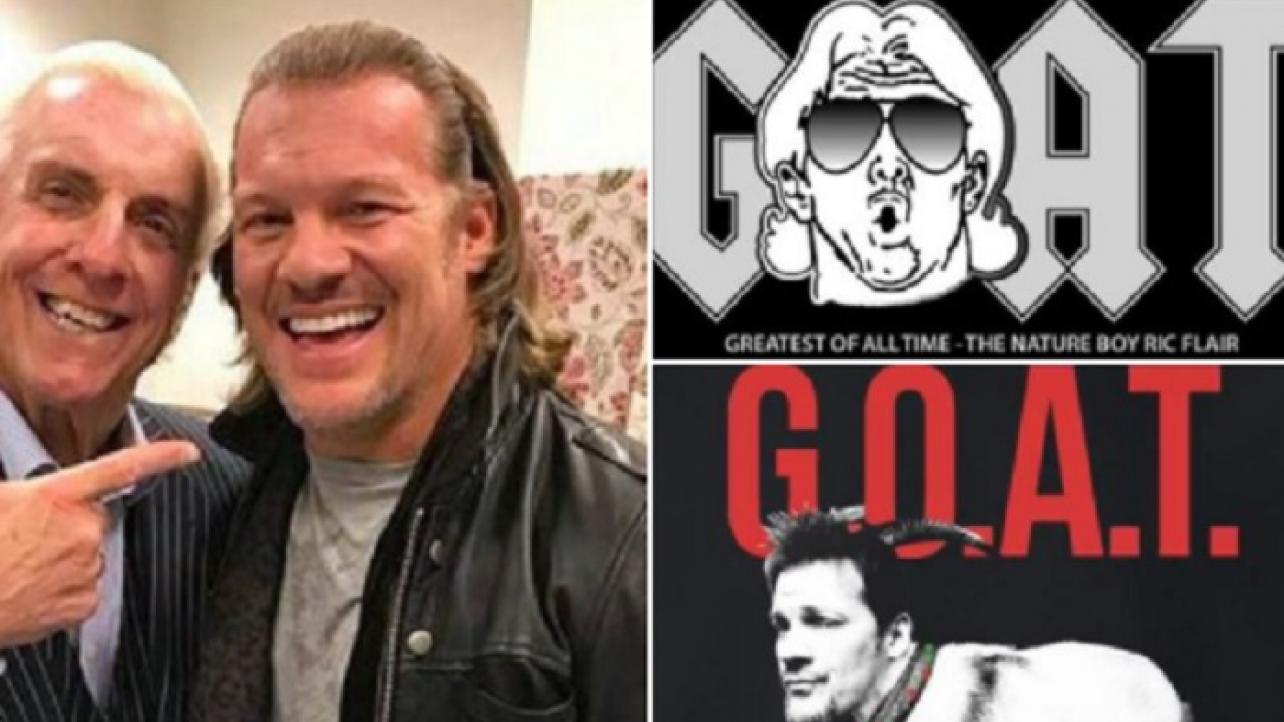 “The Nature Boy” is always dealing with someone trying to disrespect the many accomplishments that he bled, sweat and paid the price to achieve over his iconic career.

During Ric Flair’s run in WCW, it was Eric Bischoff going out of his way to try and ruin the career and lifestyle of the pro wrestling legend, so much so that a messy legal battle ensued while the legend was forced to sit at home watching arenas full of 20,000 or so fans passionately chanting “We Want Flair!” every Monday night on WCW Nitro.

More recently it was Vince McMahon and WWE refusing to budge on their heavy use of “The Man” moniker for Becky Lynch during her rise to the top back in late-2018, which also led to a number of ugly battles in court between Flair and his former employers.

Over the weekend, the 16-time world champion finally broke his silence regarding what he feels is yet another example of his legacy being blatantly disrespected for the entire world to see, with the media now being his opposition.

Bleacher Report writer Erik Beaston published a featured article back in May of 2020 with a headline that read, Why AEW’s Chris Jericho Is the Current G.O.A.T. of Professional Wrestling.

On New Year’s Day on Saturday, the two-time WWE Hall of Fame legend decided to break his silence on the matter, as he spoke out against G.O.A.T. claims made by Beaston on behalf of “Le Champion.”

There are two things that every pro wrestling fan knows:

The “G.O.A.T.” term — an acronym that stands for “Greatest Of All-Time” — being applied to AEW star Chris Jericho by a notable media outlet has led to the pop culture icon taking the aforementioned Bleacher Reporter to task for his obvious lack of consideration towards “The Nature Boy” when putting together the lengthy featured piece for Bleacher Report in 2020.

“You’ve got to be kidding me,” Flair began when addressing the matter on social media over the weekend. “First, it was THE MAN, and we know who won that!”

‘Naitch continued, “They still don’t own it! And now I have to deal with this?! Erik Beaston, have you lost your mind? Good lord!”

Check out the actual tweet from the official Twitter feed of the G.O.A.T. himself, Ric Flair, via the the post embedded below, and for those interested, you can read Erik Beaston’s article that is re-opening the G.O.A.T. debate in the pro wrestling community by visiting BleacherReport.com.

Find out what Ric Flair and Chris Jericho each think of the G.O.A.T. honor being bestowed upon them via recent interviews with both wrestling legends. Embedded above is a Ric Flair interview segment from Booker T’s “Hall of Fame” podcast, as well as a personal video he recorded where he addresses talk from the wrestling community about Chris “Jeri-goat” being the new owner of the unofficial consensus-honor given by his peers and fans of the business. Embedded below is a clip of Chris Jericho interview with Chris Van Vliet where he gives his thoughts on the Pro Wrestling G.O.A.T. debate.

What do you think? Has Bleacher Report writer Erik Beaston lost his mind for calling Chris Jericho the G.O.A.T. without giving consideration to the full body of work left behind by Ric Flair? Or is his claim regarding the leader of the Inner Circle faction surpassing the former leader of the Four Horsemen faction in the G.O.A.T. conversation a legitimate one? Sound off with your own thoughts on the G.O.A.T. of pro wrestling by leaving your opinion in the eWrestling.com “Comments” section featured at the bottom of this page.

You’ve Got To Be Kidding Me! First, It Was THE MAN, And We Know Who Won That! They Still Don’t Own It! And Now I Have To Deal With This! @ErikBeaston, Have You Lost Your Mind? Good Lord! pic.twitter.com/KX2wIYvkAj