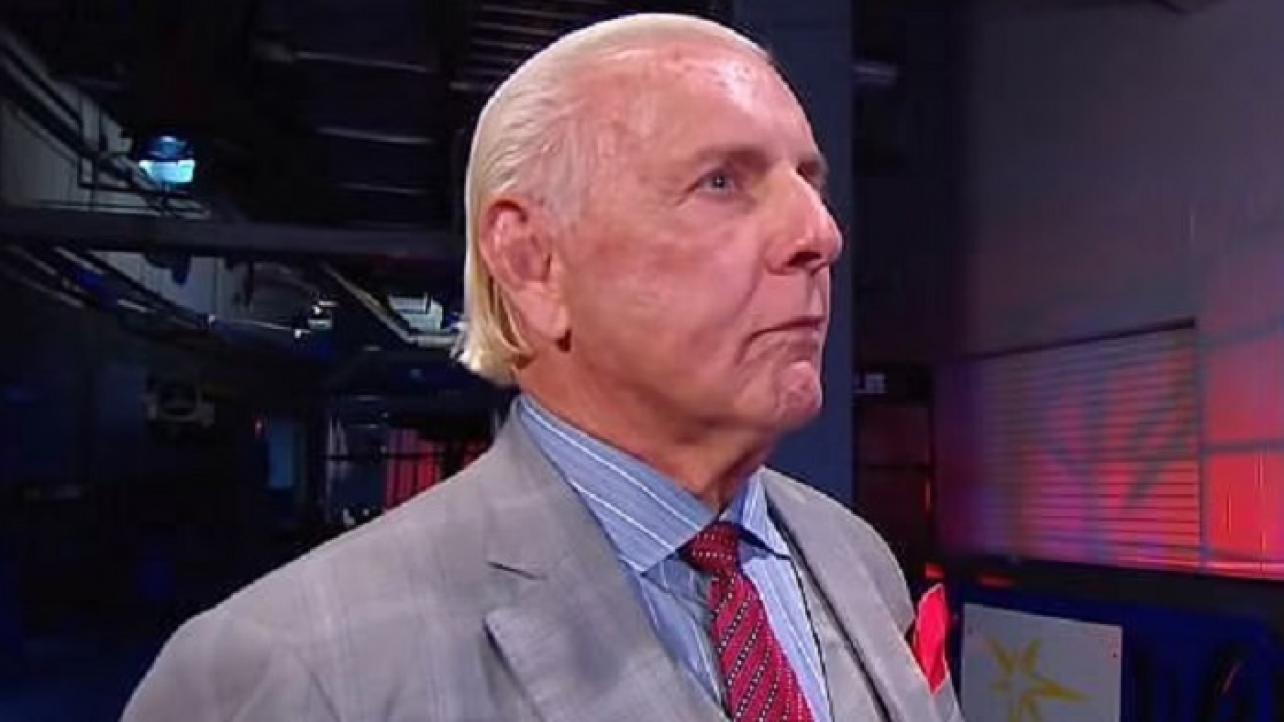 Ric Flair Talks About Getting An Offer To Wrestle Sammy Guevara

On the latest installment of the official podcast of the two-time WWE Hall of Fame legend, “The Nature Boy” revealed that he was offered a match with Sammy Guevara in Israel.

According to Flair, an Israeli promoter asked him to face Guevara on an event, to which ‘Naitch revealed his demands.

Flair went on to call Guevara “great” and claimed he could carry him to a 15 or 20 minute match, joking he would have to go in as his old “Black Scorpion” character.

Check out the clip from the official Ric Flair podcast via the video embedded below.

Ric Flair Talks About Getting An Offer To Wrestle Sammy Guevara