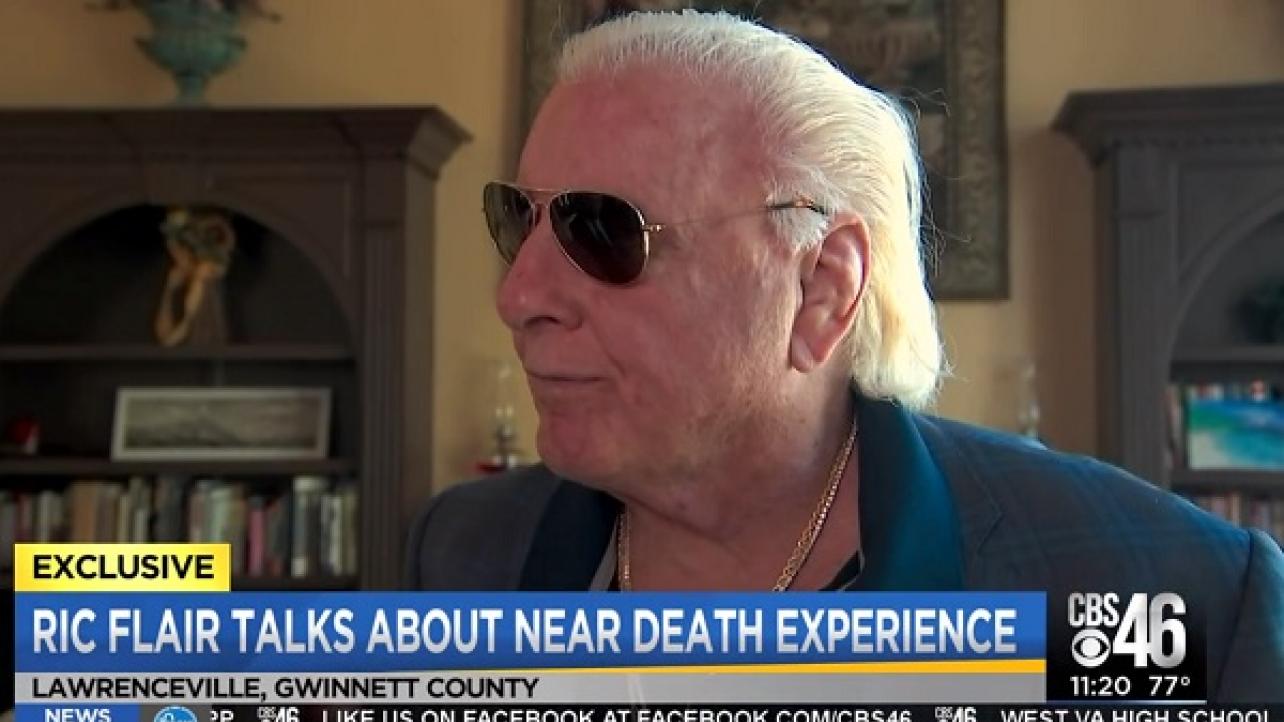 Ric Flair Talks Recent Health Scare: “All I Did Was Think About Dying” (Video)

Ric Flair spoke with CBS 46 out of Atlanta, Georgia for a local news television interview this week where he admitted that he thought about his own death a lot during his recent health scare.

The two-time WWE Hall Of Famer talked about his recent near-death experience in his latest health scare, one that resulted in Flair getting a new pacemaker.

During the interview, “The Nature Boy” spoke about his near-death experience and how despite what everybody believes, it changed him as a person.

“All I did was think about dying,” Flair told CBS 46. “Every step you take when you’ve been that close, and I was going out of my way to make people that I cared about understand how much I cared about them.”

When asked if he is a changed man because of this, Flair replied, “Yes, I am.”

He added, “Very much so, but nobody believes it.”

Flair also credited his wife, Wendy Barlow, for being by his side during one of the most trying times in his life before talking about how he feels the best he has in over a decade.

Of course, when you’re Ric Flair and you’re feeling good, you’ve got a busy schedule.

“Naitch'” then spoke about his plans to meet up with NBA legend and TV personality Charles Barkley in the near future.

“Wooo! I’ve got things to do,” said Flair. “I’ve got to meet Charles Barkley. I won’t say where, but he said when you get well I’ll meet you downtown.”

Check out the complete Ric Flair interview at CBS46.com.

I hope you’re ‘locked in’ to @cbs46 tonight at 11. @WWE legend @RicFlairNatrBoy is talking about his near death experience in his first television interview since getting out of the hospital! #Wooo pic.twitter.com/4SOgpuCVL3

Tonight at 11: Watch my #exclusive one-on-one with legendary @WWE wrestler @RicFlairNatrBoy. It’s his first interview since leaving the hospital after a near death medical scare. @cbs46 #Wooo pic.twitter.com/IjPLzfFwsH

Ric Flair Talks Recent Health Scare: “All I Did Was Think About Dying” (Video)