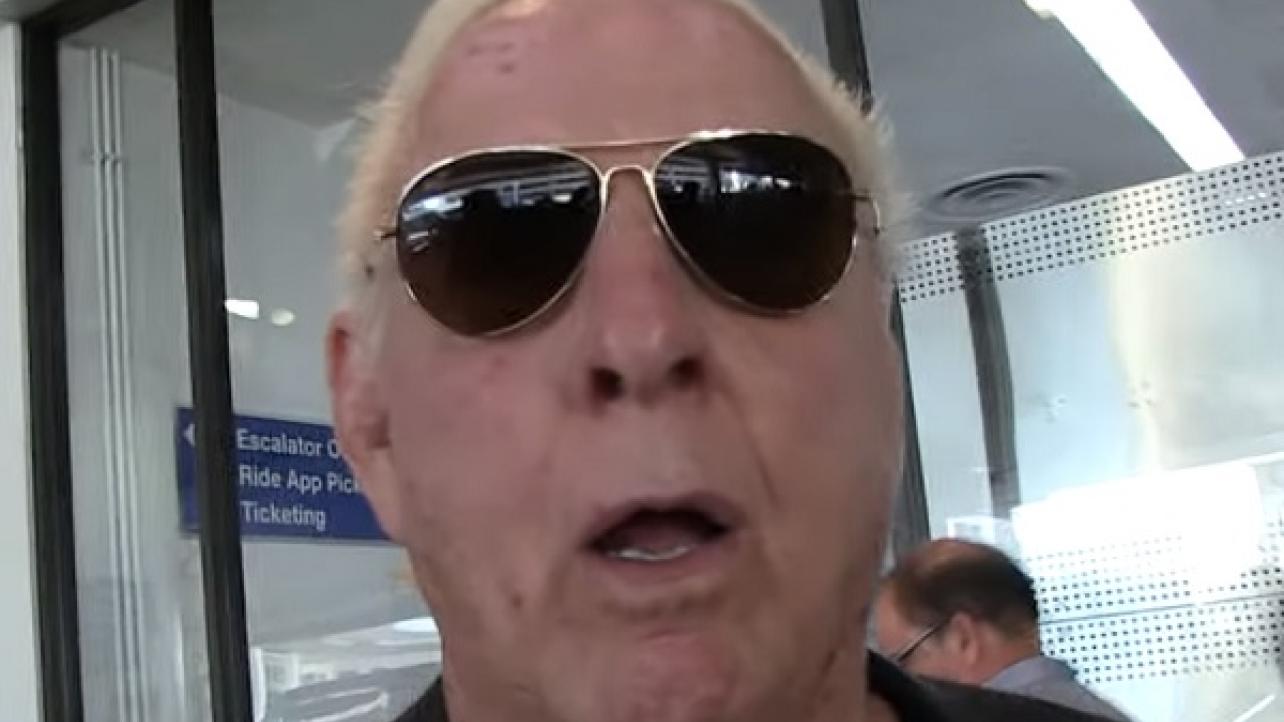 Ric Flair & WWE Legal Issues Over ‘The Man’ Phrase: “I Don’t Care What They Think Of Me” (Video)

Everyone knows by now to be “The Man,” you must first beat “The Man.”

The question, however, is who is “The Man” these days?

That is a question that one particular “Nature Boy” doesn’t appear to like having confusion in the marketplace over.

Ric Flair spoke with TMZ Sports this week about the matter.

According to the two-time WWE Hall Of Famer, who owns the trademark to the phrase, “To be the man, you gotta beat the man,” he has tried to quietly and privately reach an agreement with WWE regarding their use of the phrase, “The Man” for promotional purposes related to RAW Women’s Champion and WWE 2K20 cover star Becky Lynch.

Lynch headlined the historic first-ever women’s main event at WrestleMania 35 earlier this year in a match that also featured UFC Hall Of Famer “Rowdy” Ronda Rousey and Flair’s daughter, Charlotte Flair. The WWE Superstar has been referring to herself as “The Man” for a while now, and apparently Flair isn’t thrilled with WWE’s handling of the issue.

The TMZ Sports report claims that Flair attempted to reach an amicable agreement with WWE regarding use of the phrase, however the company reportedly “blew him off.”

It was at that point that “Naitch” reportedly went to WWE Executive Vice President of Talent, Live Events & Creative, Paul “Triple H” Levesque. Unfortunately, the matter still went unresolved, which led Flair to his next move.

On August 26, Ric Flair filed an application with the U.S. Patent and Trademark Office to own the term, “The Man,” specifically as it relates to use in pro wrestling / sports entertainment.

Flair claims the situation has caused a rift between himself and WWE, as well as had a negative impact on the career of his daughter, Charlotte Flair.

Apparently Flair just wants to be compensated in some matter for use of the phrase he popularized over the years, for no other reason than wanting to “support his family.”

“When I almost died two years ago, one person stayed by me [Wendy],” an emotional Flair told TMZ Sports. “The whole time — 31 days in the ICU, 12 days while I was dying on a respirator — and I’m gonna take care of her, and her family, and my family that has taken care of me no matter what.”

Flair continued, “I don’t care what the WWE thinks of me personally, I know they love me, but obviously they’ve lost respect for me.”

Check out the new TMZ Sports interview with “THE MAN” below.

ONE thing is for sure … #TaylorSwift is NOT #TheMan … no matter HOW many singles of said-name she releases.

This is a battle between TWO people. It is NOT a “Three-Way Dance.”

Ric Flair & WWE Legal Issues Over ‘The Man’ Phrase: “I Don’t Care What They Think Of Me” (Video)