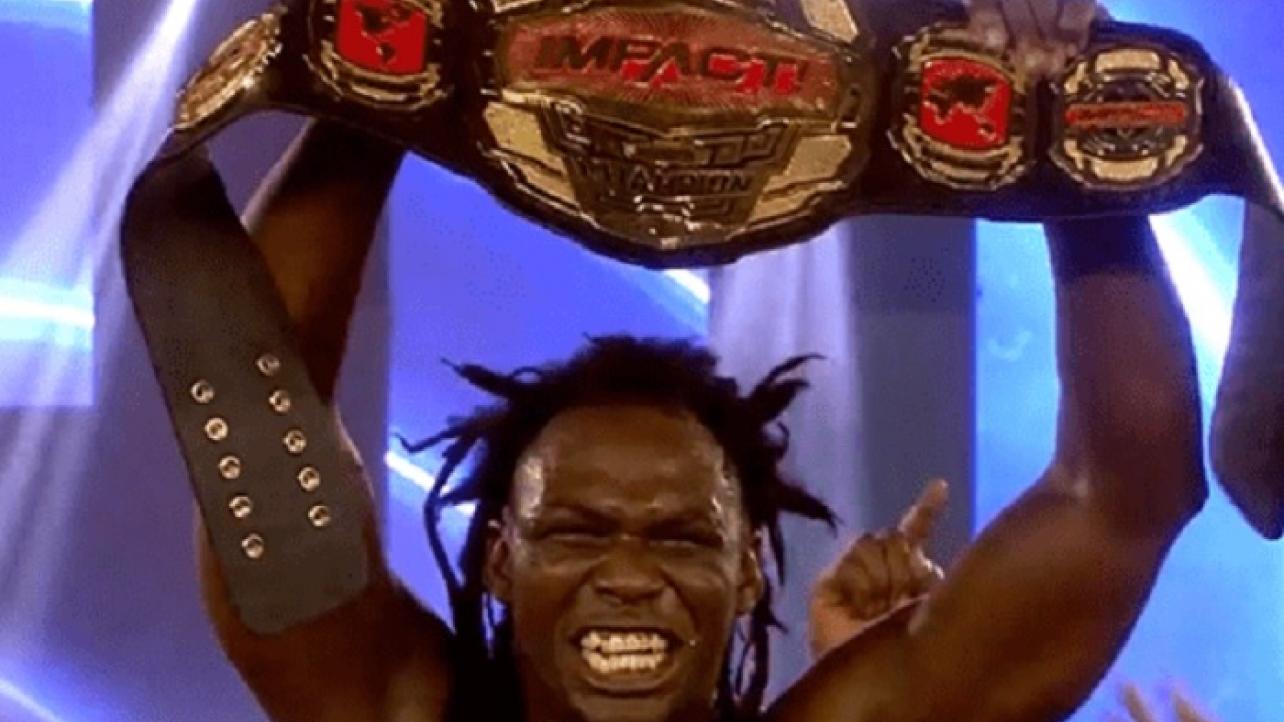 During the interview, Swann spoke about the working relationship between IMPACT Wrestling and All Elite Wrestling (AEW), wanting to eventually work a singles match against Omega and the added interest in the IMPACT Hard To Kill 2021 PPV.

Featured below are some of the highlights of the new Inside The Ropes interview with IMPACT Wrestling World Heavyweight Champion Rich Swann.

On being part of the inter-promotional main event of the IMPACT Hard To Kill 2021 PPV against Kenny Omega and The Good Brothers: “It’s definitely a huge, huge opportunity for everybody involved: for IMPACT Wrestling, for AEW. It’s no secret that AEW has the bigger platform, being on TNT. But I’d say that the IMPACT roster can rival any roster in the world. And, now, with us putting our greatness together, we’re going to see what Kenny Omega and The Bullet Club, along with Rich Swann and The Motor City Machine Guns . . . We’re going to see what that relationship can do, just through our athletic abilities. I’m just happy to be a part of that.”

On the expected added eyeballs and overall interest in the IMPACT Hard To Kill 2021 PPV due to the involvement of top AEW talents: “I definitely see this as one of the biggest nights in recent years. It’s no secret that IMPACT Wrestling has always been the butt of the joke in professional wrestling in our industry. It’s, like, “When are they gonna die now?” Well, guess what? That’s why we have a second annual Hard To Kill pay-per-view, and with a match that so many people are talking about.”

On the working relationship between IMPACT Wrestling and AEW: “In this match that’s about to be unfolding, you’ve got World Champions from both companies. I’d like to say — and I don’t know; no one has told me anything otherwise. But I’d like to say that this match will not be the end: this will only be the beginning of an IMPACT/AEW relationship. Don’t count anything out: anything can happen in this industry, as we’ve already proven.”

On wanting to eventually earn a singles match showdown against AEW World Heavyweight Champion Kenny Omega: “That’s something I would totally look forward to having. I believe the very first time I met [Kenny Omega] was in 2012 in Dragon Gate/ DDT. They did a collaboration show, and he always had respect. Just to have this opportunity to be in this six-man alone is going to show people that I can be at that type of level. And then that’s going to show everybody that, “Hey, we need to see this match even more, the one-on-one encounter between Kenny Omega and Rich Swann.” Because I feel that I can be on his level, and the only way you can prove that is if you get in the ring with those guys.”

They discussed his upcoming appearance in the blockbuster six-man main event of Hard To Kill, AEW and much more!