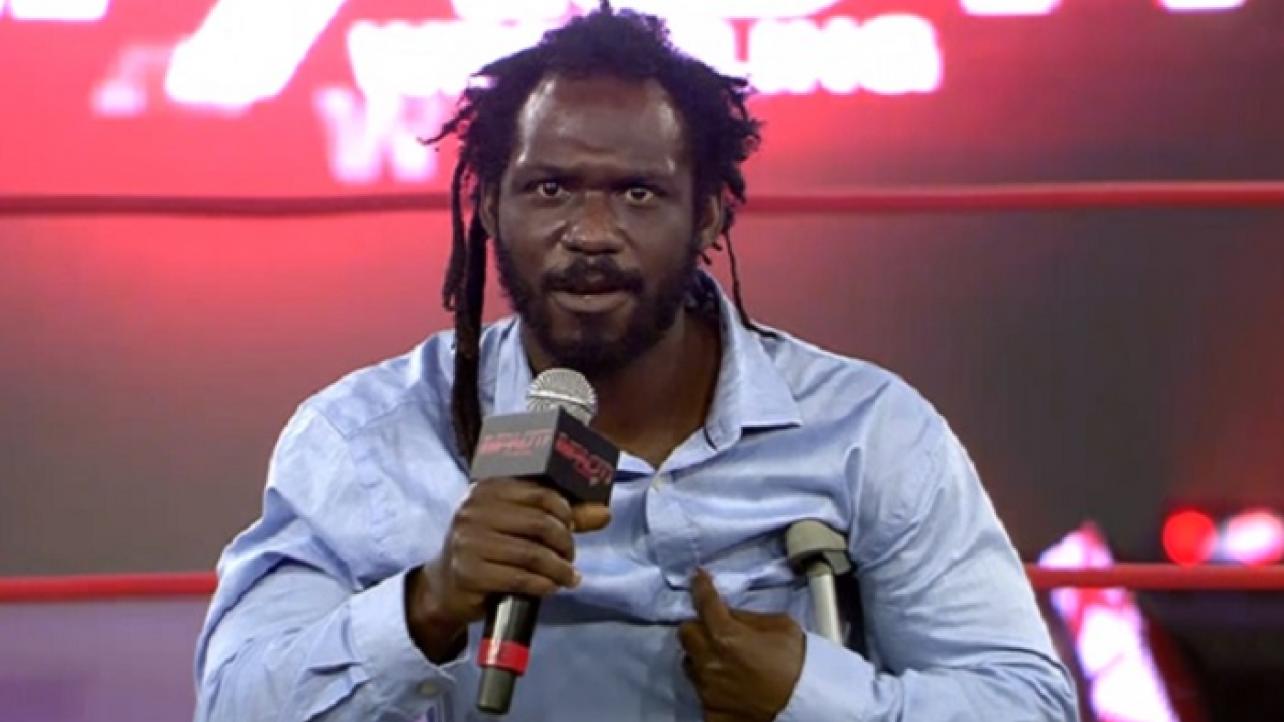 You can add another name to the list of familiar faces from the pro wrestling world who have tested positive for COVID-19.

Swann was scheduled to work the AAW Unstoppable event in an AAW World Championship match against Mat Fitchett at the Logan Square Auditorium in Chicago, Illinois, but ended up missing the show as a result of testing positive for Coronavirus.

According to Dave Meltzer of F4WOnline.com, AAW did COVID-19 testing for all of the talent who worked the Unstoppable 2021 show, and even provided tests for the fans in attendance.

There is no word regarding how long Swann will be on the sidelines as a result of the positive test, or if it will affect his status at the IMPACT Hard To Kill 2022 pay-per-view on January 8 at The Bomb Factory in Dallas, Texas.

Swann is scheduled to compete along with his tag-team partner Willie Mack, as well as Eddie Edwards, Heath and Rhino, against the team of The Good Brothers (Doc Gallows & Karl Anderson) and Violent By Design (Eric Young, Deaner & Joe Doering) in a 10-man Hardcore War match.

We will keep you posted here at eWrestling.com as updates regarding Rich Swann’s status surfaces, and make sure to join us here on 1/8 for live IMPACT Hard To Kill 2022 results from Dallas, TX.