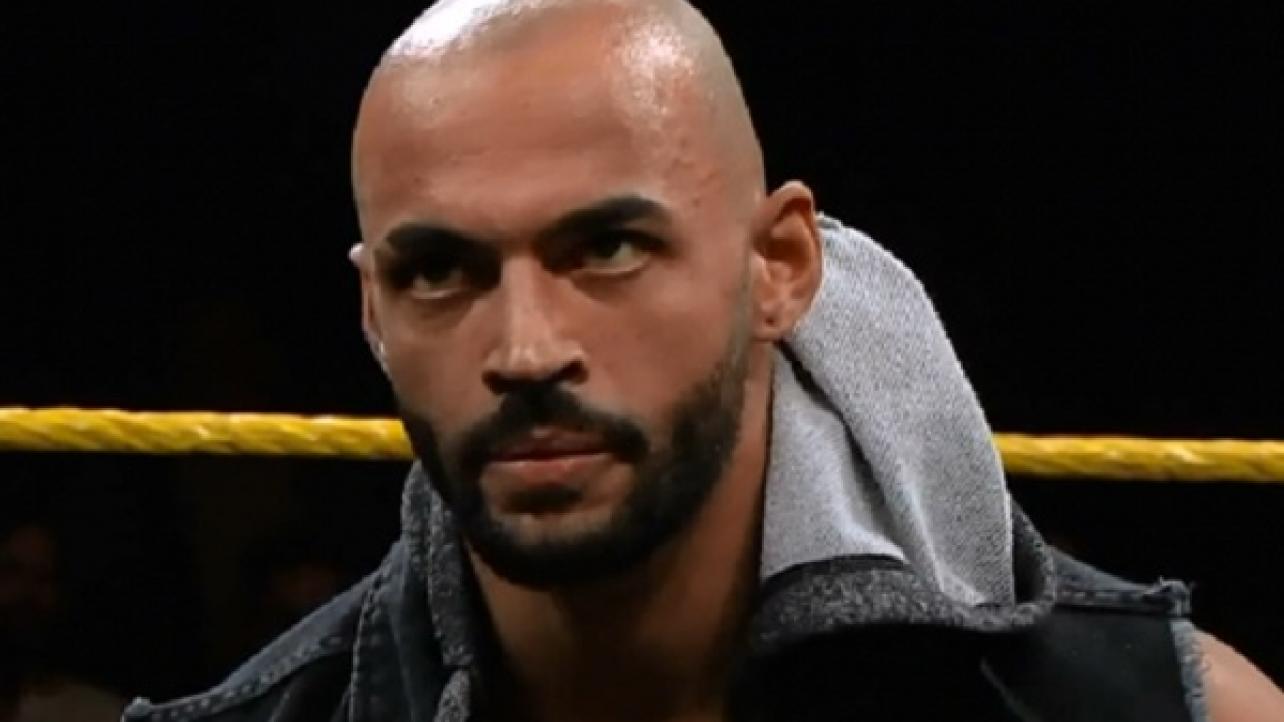 NXT Superstar Ricochet recently appeared as a guest on Edge and Christian’s podcast, E&C’s Pod Of Awesomeness, for an in-depth interview. Featured below are some of the highlights.

On having the athletic side down but struggling with ring psychology until recently: “In terms of athleticism, I always felt like I kind of caught on to the athletic part of it pretty well, but I was trash until last year. It really took me a while to grasp the concept of everything and even as far as athletically, I don’t know. Things kind of come easy.”

On some fans liking his Prince Puma character from Lucha Underground better than Ricochet and being excited to be in WWE because it will help with his character development: “One of the main reasons I was excited about coming here to NXT is because I know they focus on [character development] and not just in TV tapings, but in general they focus on that sort of thing. So that was one of the main reasons I was really excited to come here because, before coming here, I was always just kind of the ‘dream match’ guy. Like, Ricochet versus this guy and this guy, ‘I can’t wait for him to wrestle this guy’. Like, to give some guy a good match, do you know what I mean? That’s who I was. And so now I’m excited coming [to NXT]. A lot of people message me, or Instagram, or tweet, whatever, and they’ll talk about how, like, they liked Prince Puma more than they like Ricochet. And I feel, because I didn’t really change my in-ring style, so I feel like it has to do with the story-driven connection. So I feel like that’s why I’m excited to come to NXT because, obviously, the story is the biggest part of the match, whether it is before, during, or after. So I feel really excited about that, coming here.”

On developing his character on NXT TV more presently: “I feel that [character development] is something that I’m going to focus on because I’ve been thrown into the mix, kind of, since my debut. It has just been, ‘okay, we’ll pull you in this way’ and there hasn’t really been a reason about who I am, where I come from, or why I am where I am. There hasn’t been any [explanation]. Some of [the NXT audience] know me from my indie days, but there [are] going to be a lot of people that don’t know who I am, or where I come from, or whatever, what I do, or why I’m here. So that’s something I think we’re going to try to start focusing on moving forward.”

On still needing more experience before feeling fully comfortable on the microphone: “I feel like mine is a matter of more repetition. Because, like, each time I do one, people say, ‘I can tell you’re getting more comfortable out there.’ So for me, that’s good. All I need is to know that every time I go out there, I’m getting at least a little better. Do you know what I mean? So that’s good. As long as I’m still progressing, a little better is good for me. That’s the thing, you have to believe it. If you’re not confident in the things that you’re saying right there, the fans are going to notice that.”

Check out the complete Ricochet interview from E&C’s Pod Of Awesomeness at Art19.com. H/T to William Windsor and WrestlingInc.com for transcribing the above quotes.