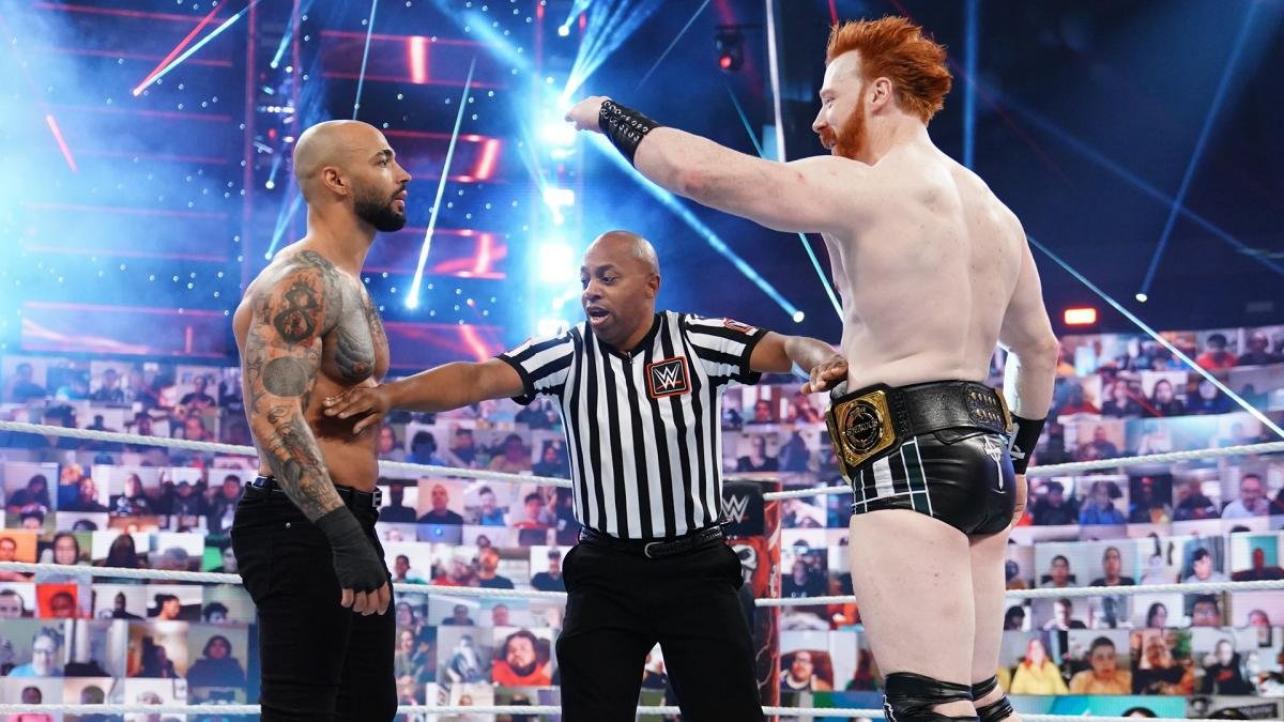 Since beginning a feud with WWE US Champion Sheamus, Ricochet has switched up his ring gear. The “one and only” recently spoke to Table Talk, where he discussed the reason behind the change in attire. Ricochet explained:

“I just stripped away all the… not flash, I don’t want to say flash. I just set a goal. In Japan, all the new kids start with black boots and black trunks. You have to work your way up to get gear. It’s a mental thing. In the ring, I’m more direct and will come at you straight. I’m more in a mental state of, I’m in the ring for business. I’m here to fight.”

As of this writing, Ricochet has yet to claim a spot on the WWE Hell In A Cell card. When asked if he would be doing anything at the show, Ricochet told the hosts:

“I’m focused on Sheamus but his face is broken and I don’t think they’re going to let him compete. I have no match unless Sheamus wants to get slapped up.”