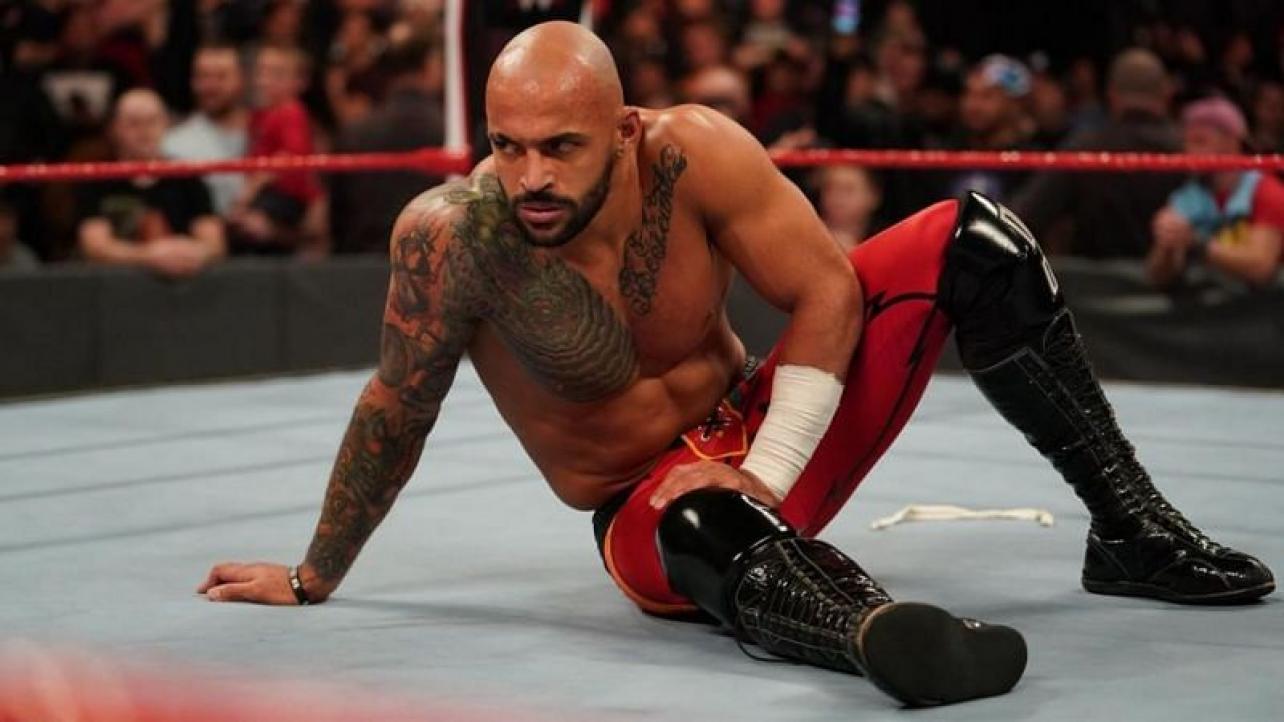 As noted, Ricochet recently appeared as a guest on the Out Of Character podcast hosted by Ryan Satin for an in-depth interview covering all things pro wrestling.

In addition to the highlights we previously published from the interview here on the website, the high-flying pro wrestling star also spoke about the meaning of his ring name, learning from Randy Orton and more.

On the meaning of his ring name: “I’ve always had this urge, these feelings, this sense of thrill, sense of adrenaline, nature, whatever you want to call it since I was younger. I always had these feelings inside me. I think Ricochet is just a name for it. I think Ricochet is an embodiment of adrenaline. He’s an embodiment of excitement and high action. He is all of that, and I just think I had that ever since I can remember. I think just the word Ricochet is just a name for all those feelings and emotions. Ricochet is not just a character. Ricochet is energy. Ricochet is not a character for people to see, it’s something for people to feel. I mean, you see it, you don’t believe it’s happening, but it’s actually happening. It’s like a feeling, and I feel that’s what Ricochet is.”

On learning from Randy Orton: “I talk to Randy all the time. That dude is the coolest dude. He is one of the guys that’s helped me out so much since being here on the main roster and just in WWE in general. Him, Edge, a couple guys have really, really done everything they can do to help me out as much as possible. Same with AJ Styles. I can keep going. Randy specifically has been someone who’s just cool.”