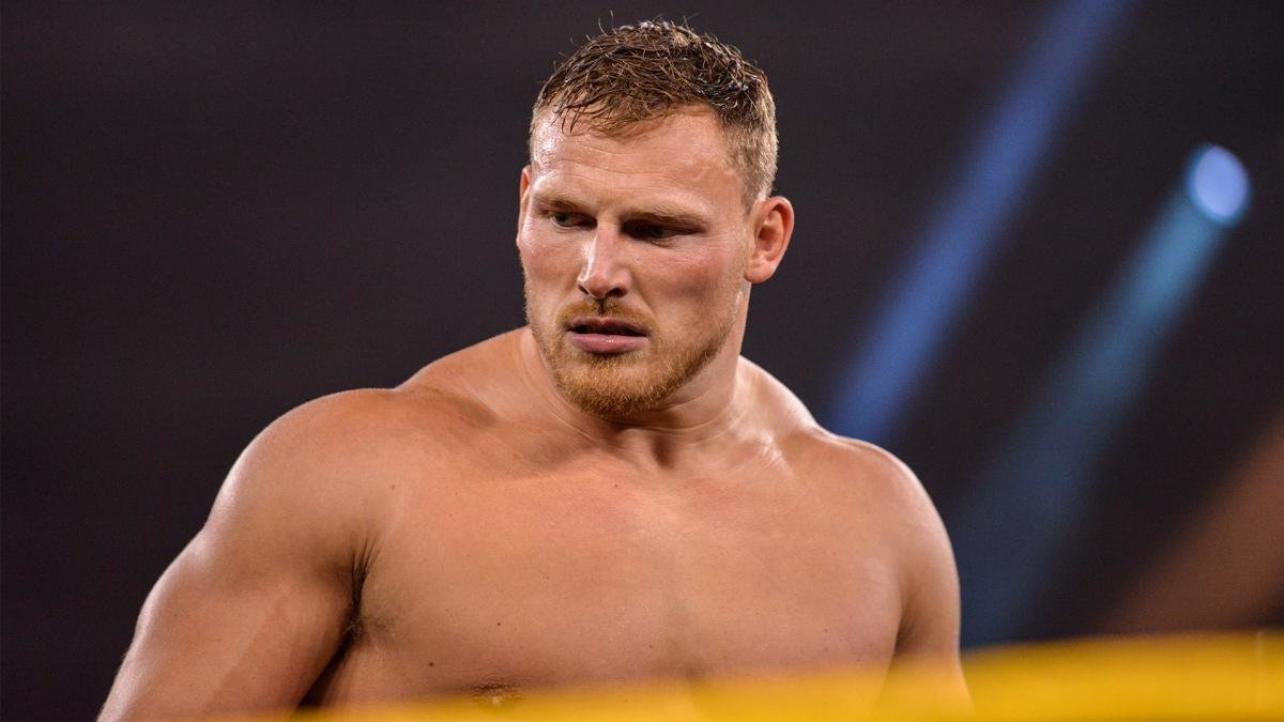 Ridge Holland recently spoke with the folks from talkSPORT for an in-depth interview covering all things pro wrestling.

During the discussion, Holland spoke about being able to work a SmackDown dark match against Austin Theory.

Featured below is an excerpt from the interview.

“Without going into too much detail, everything was positive. They tend to do things a little bit differently up there, or they’re trying to make everything we do what they do up there. Everything was great. Being out there out in front of a larger group of fans was definitely enjoyable, it was a lot of fun. And being out there with Austin, who’s a very talented individual in himself, it was a great experience. Hopefully, we’ll see where it goes. But it was positive, but I can’t give any information about what’s going to happen because I just don’t know [laughs]. I’ve had fleeting meetings with them [Vince McMahon and Bruce Prichard] before, but this was the first proper time that they saw me do my thing. It was a good experience and learning curve and I’ll take some things away from it, but concentrate on the task at hand that is NXT.”

Check out the complete interview at talkSPORT.com. H/T to 411 Mania for transcribing the above quotes.