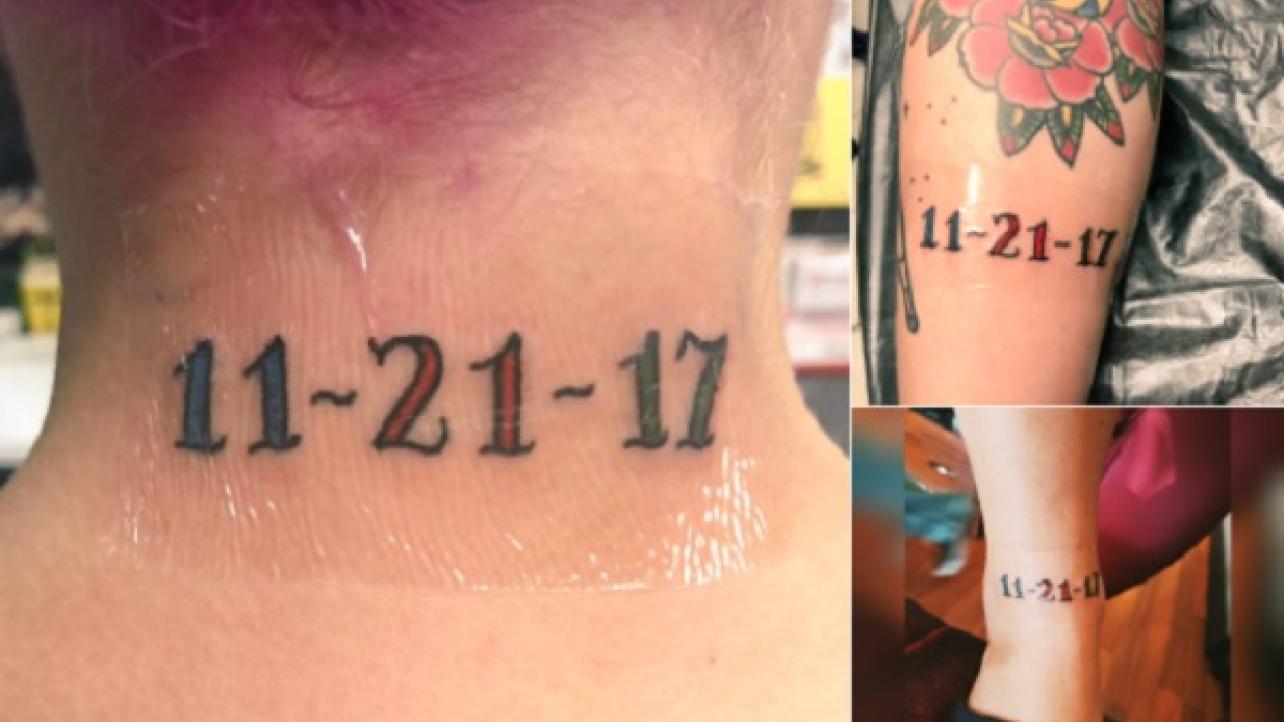 The Riott Squad are taking their camaraderie seriously since joining the WWE main roster.

While in Australia this weekend for their big featured six-woman tag-team match at Saturday morning’s WWE Super Show-Down 2018 special event, the trio visited a tattoo shop and decided to permanently cement a specific date that is meaningful to all three ladies on their bodies.

Ruby Riott, Liv Morgan and Sarah Logan all got some new ink, as they eached tattoo’d the date “11-27-2017” on different spots on their respective bodies. The date represents the first WWE main roster television appearance for the three, as they each made their debuts on the November 21, 2017 episode of SmackDown Live by attacking Naomi and Becky Lynch in the first-half of the show, before returning later on in the same show to interfere in a SmackDown Women’s Championship match by attacking Charlotte Flair and Becky Lynch. The next week they made their actual in-ring debuts, unveiling their new “Riott Squad” group name and defeating veterans Charlotte, Natalya and Naomi in six-woman tag-team action.

The Riott Squad, with Liv Morgan included now that she is 100-percent medically cleared to return to the ring, are scheduled to face RAW Women’s Champion Ronda Rousey and The Bella Twins in six-woman tag-team action at Saturday morning’s WWE Super Show-Down 2018 pay-per-view / WWE Network live special at the Melbourne Cricket Ground in Melbourne, Australia.

Check out photos of Ruby Riott, Liv Morgan and Sarah Logan’s new tattoos celebrating the anniversary of their debut as The Riott Squad on the WWE main roster below.

One day before the biggest match of our careers so far…..The squad is forever. pic.twitter.com/ipMnHqjVNb