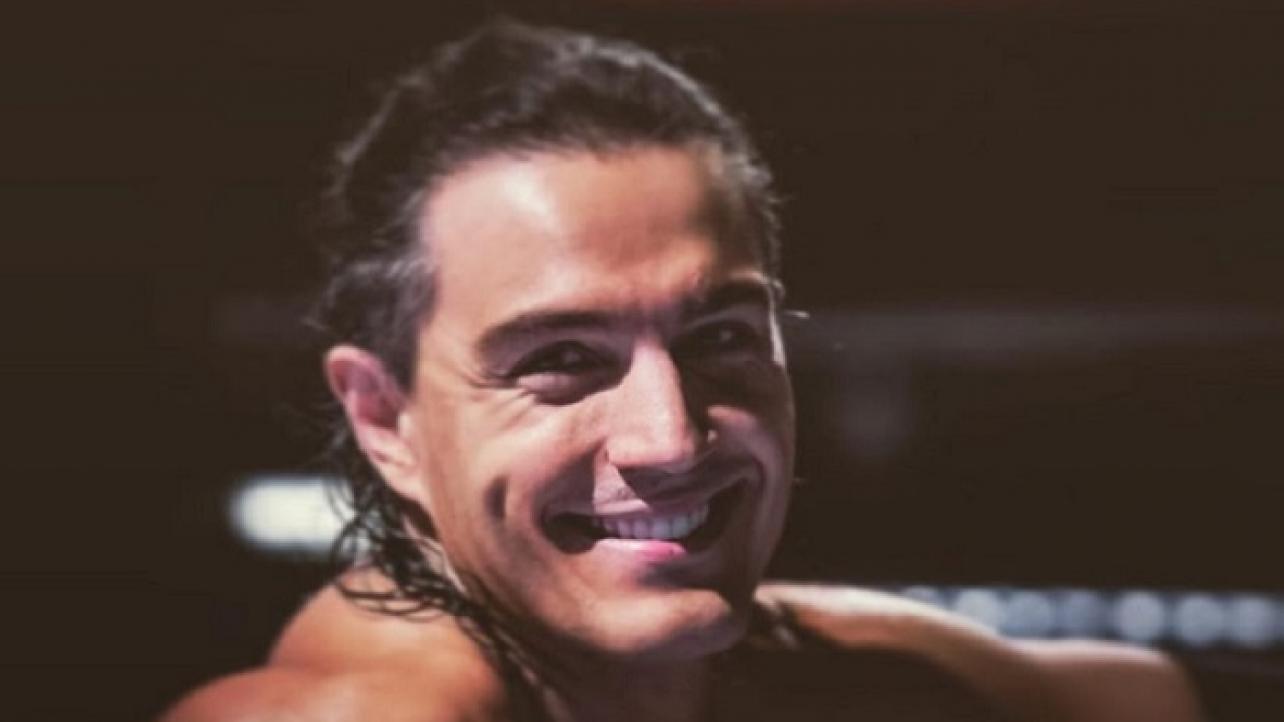 RJ City recently spoke with the folks from Fightful for an in-depth interview covering all things pro wrestling.

During the discussion, the independent pro wrestling star spoke about pitching digital content to WWE, wanting to go over IMDB pages with wrestlers such as Bret Hart and more.

Featured below are some of the highlights

On pitching digital content to WWE: “I don’t know. Sure, there was talking about it, but I don’t know—the people I was talking to, I don’t know that they were in relation to making anything happen. We’re talking about it. You know what I mean? You don’t know how far it goes. There’s a million things that need to happen. But I had a lot of pitches certainly and I also sent them, after all that, here’s all my other ideas from before. ‘So, let me know.’ I pitched a bunch of Up Up Down Down stuff, podcast ideas.”

On how he wants to go over IMDB pages with older wrestlers: “I’ll pitch one here and then if anyone wants to do it. It doesn’t have to be them. I really want to sit down with old wrestlers and go through their IMDB.”

On wanting to speak to Bret Hart specifically: “I want to get Bret and I want to go through his IMDB and I want to talk about Honey, I Shrunk the Kids the TV series and Lonesome Dove and when he played the Genie in Toronto. He was the Genie in Aladdin. Because you get Robin Williams, and you’re like, ‘He’s great,’ and then you’re like, ‘Who’s the Robin Williams of wrestling?’ and you go, ‘Bret Hart.’ Who, I will say in all honesty, is so funny. He is a very, very funny person in person. He really, really is. He’s great. He’s so delightful.”