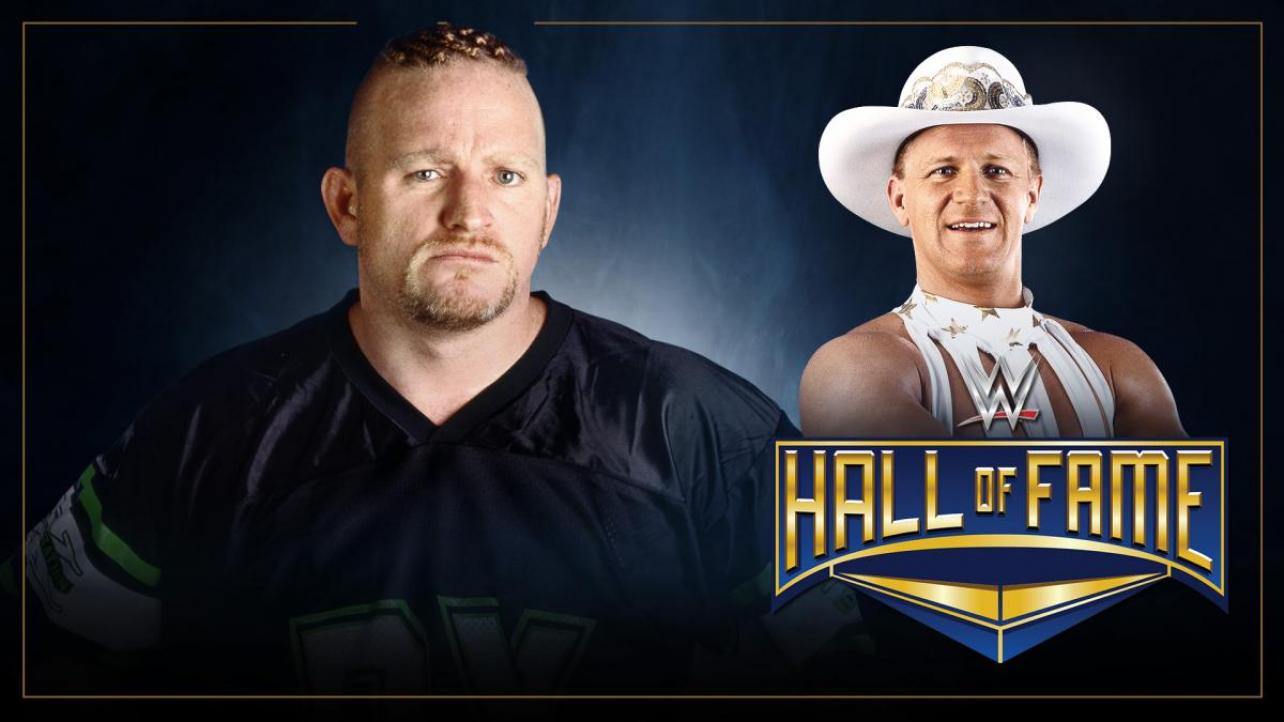 On Tuesday afternoon, WWE confirmed that Road Dogg Brian James will be inducting Jeff Jarrett into the WWE Hall Of Fame.

As noted, WWE will be inducting Jeff Jarrett at the WWE Hall Of Fame ceremony scheduled for WrestleMania 34 weekend at the Smoothie King Center in New Orleans, Louisiana.

Road Dogg was at ringside for some of Jeff Jarrett’s biggest triumphs inside the squared circle, so it’s only right that he be the person to induct Double J into the WWE Hall of Fame during the 2018 Induction Ceremony on Friday, April 6, during WrestleMania 34 Week.

Road Dogg arrived in WWE in 1994, then known as The Roadie, acting as Jarrett’s gofer as he tried to use WWE to springboard to country music superstardom. In addition to taking care of Double J’s musical endeavors, Road Dogg wasn’t afraid to meddle in Jarrett’s affairs in the ring, either. That led to the beginning of Road Dogg’s in-ring career with WWE, which saw him go on to become a six-time tag team champion and an Intercontinental Champion.

Of course, there’s also musical controversy between the two, as it was also revealed that Road Dogg provided the vocals for Jarrett’s debut single, “With My Baby Tonight.”

What will Road Dogg say when he introduces the six-time Intercontinental Champion and four-time WCW Champion for enshrinement into the WWE Hall of Fame? Find out during the 2018 Induction Ceremony, streaming live on WWE Network Friday, April 6, at 8 ET/5 PT!

Tickets for the 2018 WWE Hall of Fame Induction Ceremony at the Smoothie King Center in New Orleans are available now.