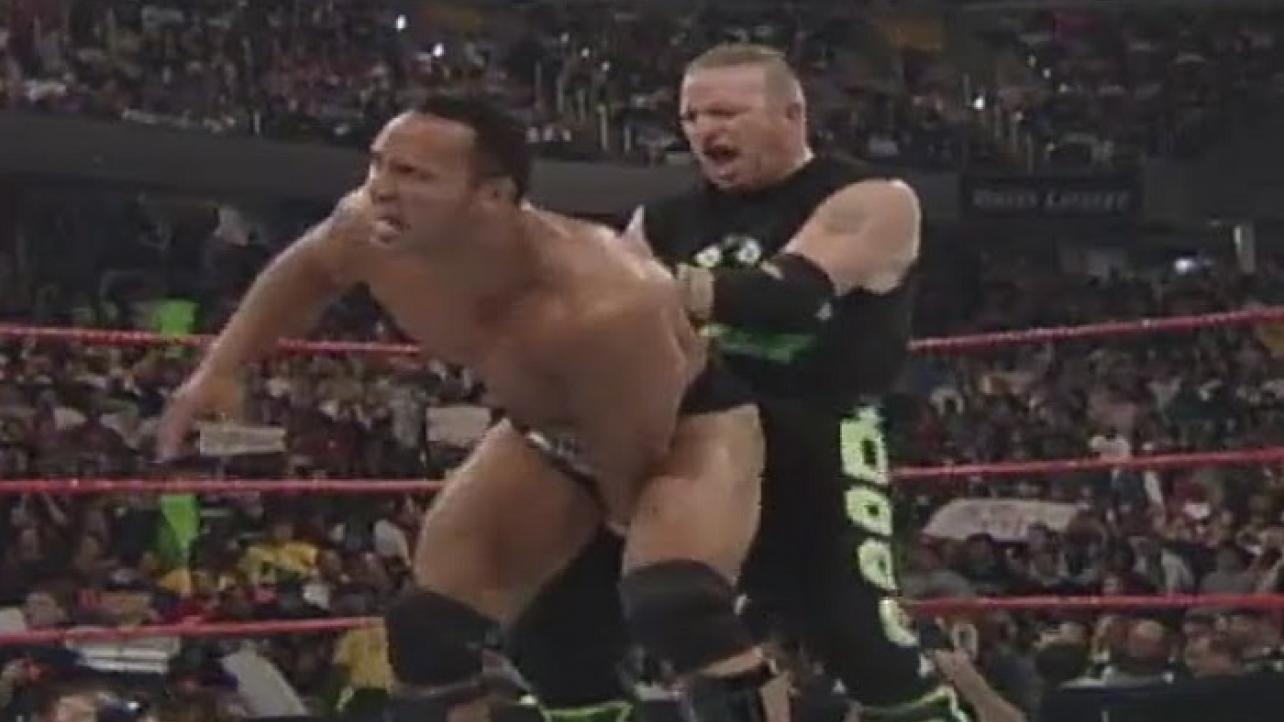 WWE Hall Of Famer as part of D-Generation X and longtime WWE agent / producer Road Dogg appeared as a guest on the “Cheap Heat with Peter Rosenberg” podcast for an interview.

During the discussion, Road Dogg recalled his history behind-the-scenes with Dwayne “The Rock” Johnson early in their WWE careers, and how the apology went when the two met up later in their careers.

“I was always jealous of him because I thought I was a good talker, he was [too] a good talker,” Road Dogg told Rosenberg of his feelings about The Rock when they first encountered each other in WWE in the 1990s. “But one thing I didn’t have was a good body compared to him.”

Road Dogg continued, “So because of that, I treated him harshly when we were both up and coming. We all had our fun with him when he was Rocky Maivia, with the pineapple head and those sorts of things, but what he had become was undeniable, with a great body, great talker, great entertainer.”

After retiring from his in-ring career with the company, Road Dogg made a successful transition into his role as an agent / producer behind-the-scenes for WWE.

As The Rock would come-and-go while his acting and business careers took off, the two would interact later in life where Road Dogg, who was finally clean and sober, apologized to Johnson for the way he treated him years ago.

“Once I got clean and sober, he was literally one of the first people I went back to and make amends,” said Road Dogg. “The Rock was very humble about the situation. He said, ‘Dude, it’s all good!’, which made it feel much better to cope with.”

Check out the complete episode of the Cheap Heat with Peter Rosenberg podcast at ESPN.com.