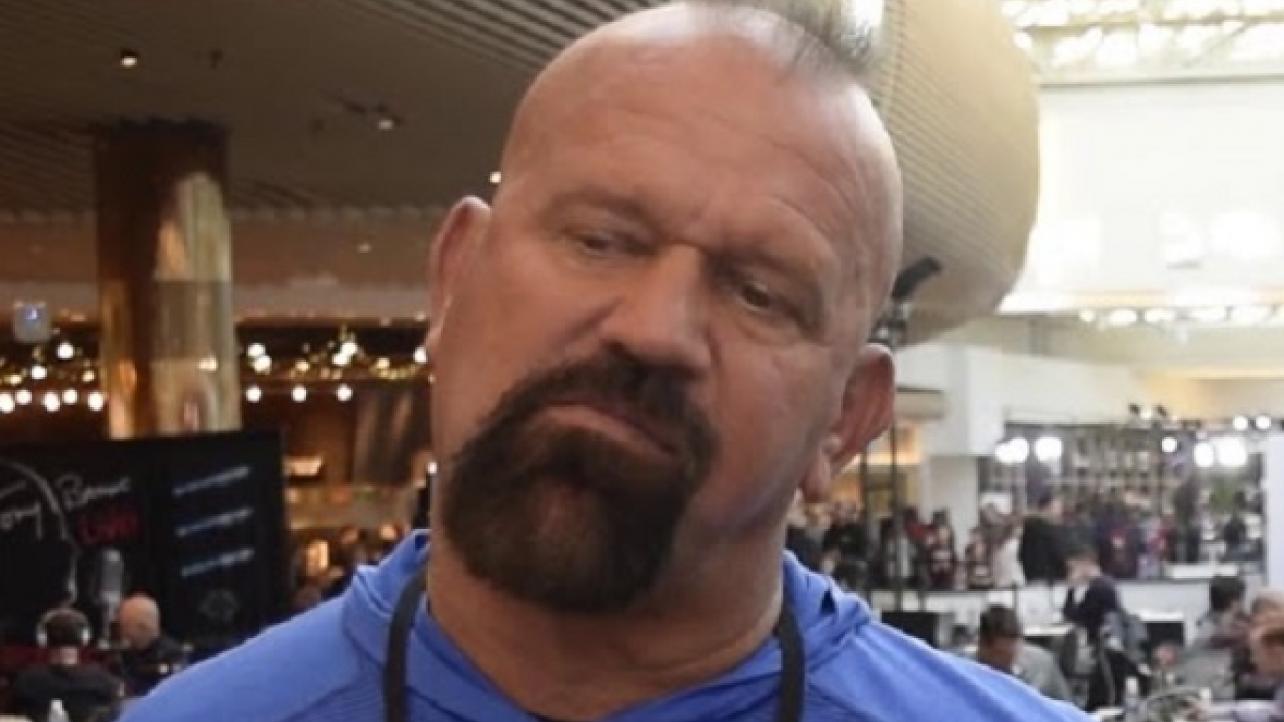 As noted, WWE Hall Of Famer Road Warrior Animal recently appeared as a guest on Sean Waltman’s X-Pac 12360 Podcast for an in-depth interview. Featured below are some of the additional highlights from the show.

On his best time in wrestling and his favorite wrestling territory: “In the States here it would have to be the NWA days. I mean back in the late 80’s when we would be in the same city, just say Philadelphia. As WWF would be in and WWF would be selling out the Philadelphia Spectrum and we’d be selling out at the Civic Center. One held twenty-four and one held twenty-two thousand people the same night. And that was a fun time in the business when we would go to major cities like that. I think the NWA for me and Japan for us because this business is about getting treated with respect. And when we were in Japan there were never any headaches, it’s always a respectful tour, it was always fun. There was never any hang-ups or attitudes. Business was business. If a guy needed to go over you got him over and if a guy needed to get beat he got beat. It just was what it was. The egos weren’t like today business where someone goes through a camp and thinks he can be champ the next day. Unfortunately, that’s the way the business has groomed guys today. But I think the NWA days because we had great teams to fight too. We had the Koloffs, The Midnight Express, we had the Four Horsemen.”

On the one regret he has in his pro wrestling career: “The only thing that I regret in the wrestling business is, Hawk and I would’ve loved, and we threw this idea around in WWE at the time – ‘Why don’t you put us in a six-man match with Hulk (Hogan) and take it around the country?’ Because we would have loved to have been in a match with the Hulk as our partner. That would have been awesome.”

On the Japanese influence in pro wrestling today: “The Japanese influence has always been there, the only thing that is different now is there are different TV outlets today for them to get over here. With the Internet and Youtube and everything else, they started slowly creeping over, creeping over and now with Fite TV on the Internet everybody gets to be on TV. It just goes to show you when you sell out a place like Madison Square Garden in fifteen minutes for New Japan. And New Japan always had a great reputation from the wrestling fans who read magazines for being the top company over there and All Japan. I mean those were always the two companies that everybody wanted to go over and work for. Fortunately, for me, I got to work for about four different companies. Most of it was with New Japan and All Japan.”

Check out the complete episode of the X-Pac 12360 Podcast featuring the Road Warrior Animal interview via iTunes.