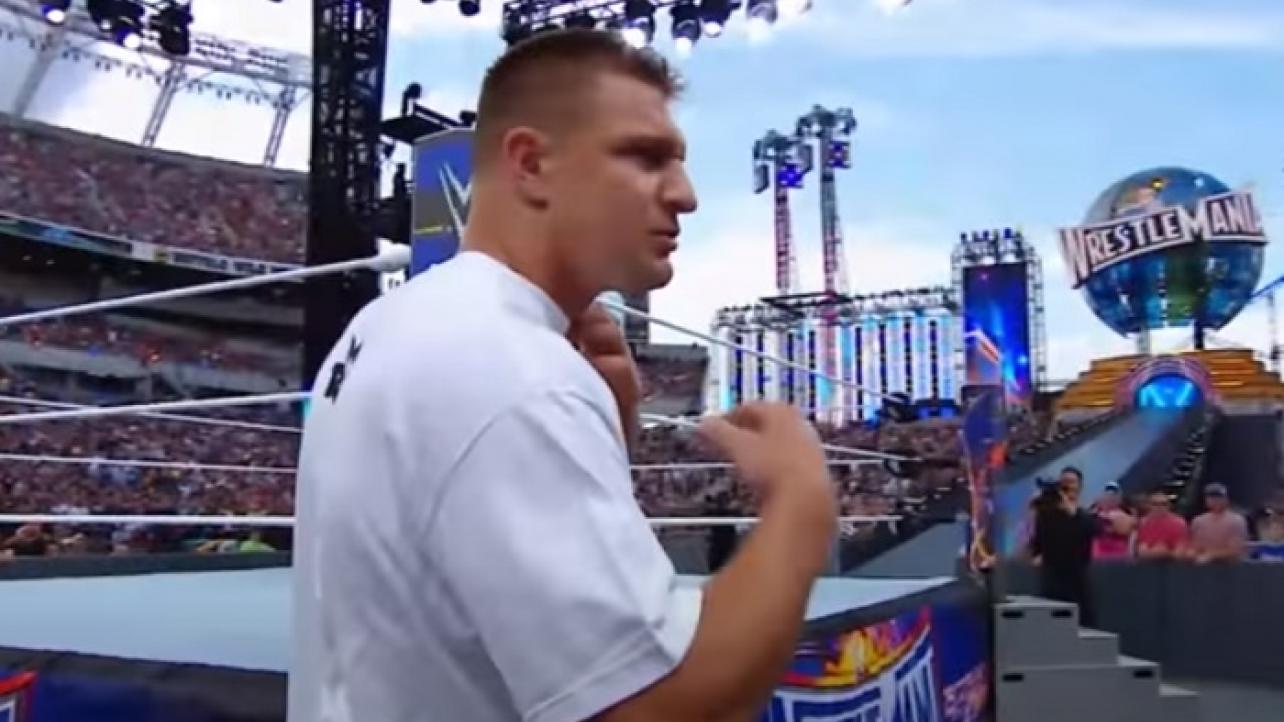 F4WOnline has confirmed an initial report by Raj Giri and WrestlingInc.com that claims Rob Gronkowski is no longer under WWE contract.

Although he was expected to work a match at WWE SummerSlam in August, that is apparently off and Gronk losing the WWE 24/7 Title to R-Truth in his own backyard at his house on Monday Night RAW this week was the last piece of business Gronk is expected to do with the company during this run.

Apparently the reason is because of a release clause in his WWE deal that frees him from contractual obligations if he were to make an NFL return, which he will be doing alongside Tom Brady for the Tampa Bay Buccaneers in the upcoming season.

UPDATED: @RobGronkowski and @WWE part ways, #RAW appearance was the @Buccaneers‘ stars final appearance for this run, expected @SummerSlam match off — Find out what is the cause of all this in latest update!