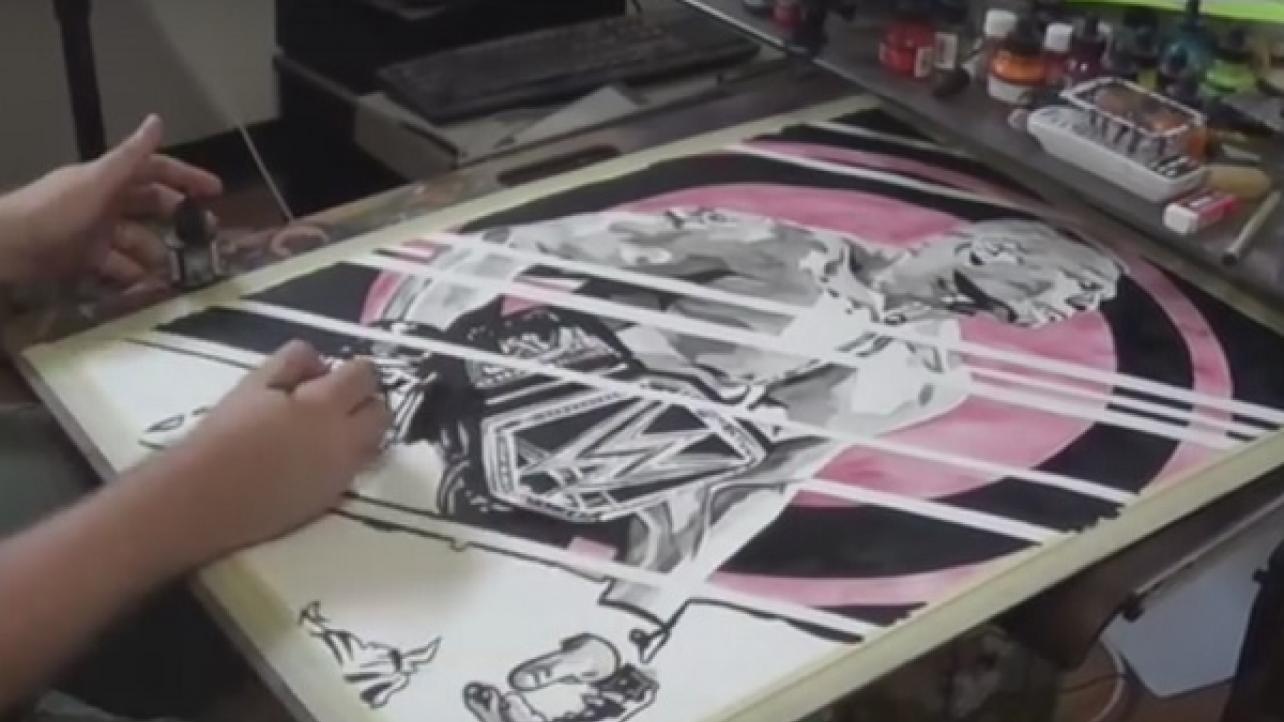 Rob Schamberger On Brock Lesnar Watching Him Paint, How He Got Hired By WWE

As noted, WWE artist Rob Schamberger of Canvas 2 Canvas fame recently spoke with FOX 4 K.C. out of Kansas City for an interview. Featured below are some of the highlights.

On Brock Lesnar watching him paint as he was getting ready for a match against Seth Rollins: “While I’m in the back painting (during WWE Battleground 2015), I feel this presence behind me. I don’t see or hear anything. It’s just like a sixth sense. I feel it. I turn around, and it’s Brock Lesnar watching me paint. It turns out Brock is actually a bit of an art fan and just wanted to watch me paint while he was preparing for his match. He went out and just destroyed Seth Rollins.”

On how he first got his job with WWE: “I debuted with WWE at WrestleMania 30 in New Orleans. I painted a 7-by-5 piece that was celebrating the 30 years of WrestleMania. No pressure at all, right? But it was really successful, and I feel like it was a good place to start.”

Check out the complete Rob Schamberger interview at FOX4KC.com.

Rob Schamberger On Brock Lesnar Watching Him Paint, How He Got Hired By WWE