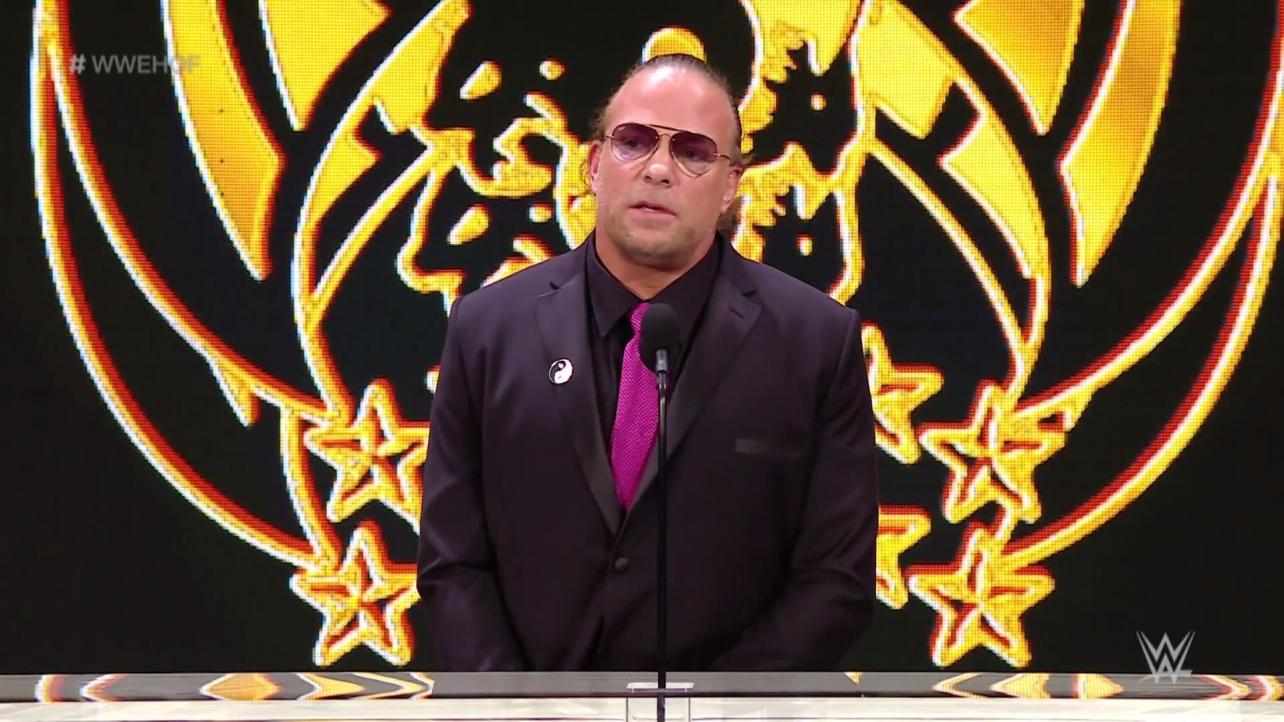 In his own WWE Icons documentary, WWE Hall of Famer Rob Van Dam discussed the different routes he took to get into wrestling during the days of his youth. During the documentary, Van Dam spoke about his time in amateur wrestling, as well as kickboxing. Check out his comments.

On his brief stint as an amateur wrestler:

“By the time I was a junior in high school, I was sure that I wanted to be a professional wrestler, so I was dedicated and focused on fitness, stretching, lifting weights, whatever I can do to supplement that goal. Because of that, I joined high school wrestling. I didn’t stick with it for very long. I weighed 165 pounds and I remember the coach saying, ‘I think you can get down to 135.’ Dude, are you kidding, I want to weigh 235. I’m trying to put on as much weight as I can. I wanted to reach my full potential, and not stunt my growth during the years that I was still growing.”

On how the way he found kickboxing:

“When I was still in high school, there was a very pivotal day in my journey where myself and my friends, we found a guy in Battle Creek with a ring. We would drive by it and see this ring in the backyard so we went and knocked on his door, told him that we were going to be professional wrestlers and we needed a ring to train in. This guy, Kit Lykins, turns out he’s a kickboxer and a promoter and he runs kickboxing shows… We would have to train with his kickboxers just to have the ring time. After all the drills and all the sparring, then us wrestlers could have the ring and do what we wanted… We were learning how to kickbox whether we wanted to or not. So, that was how I got into it. I really excelled with kickboxing and started really enjoying it. I was knocking everybody out, regardless of how much experience they had. I was able to take a lot of punishment. I was paying my dues way back before I ever made it into the world of professional wrestling.”