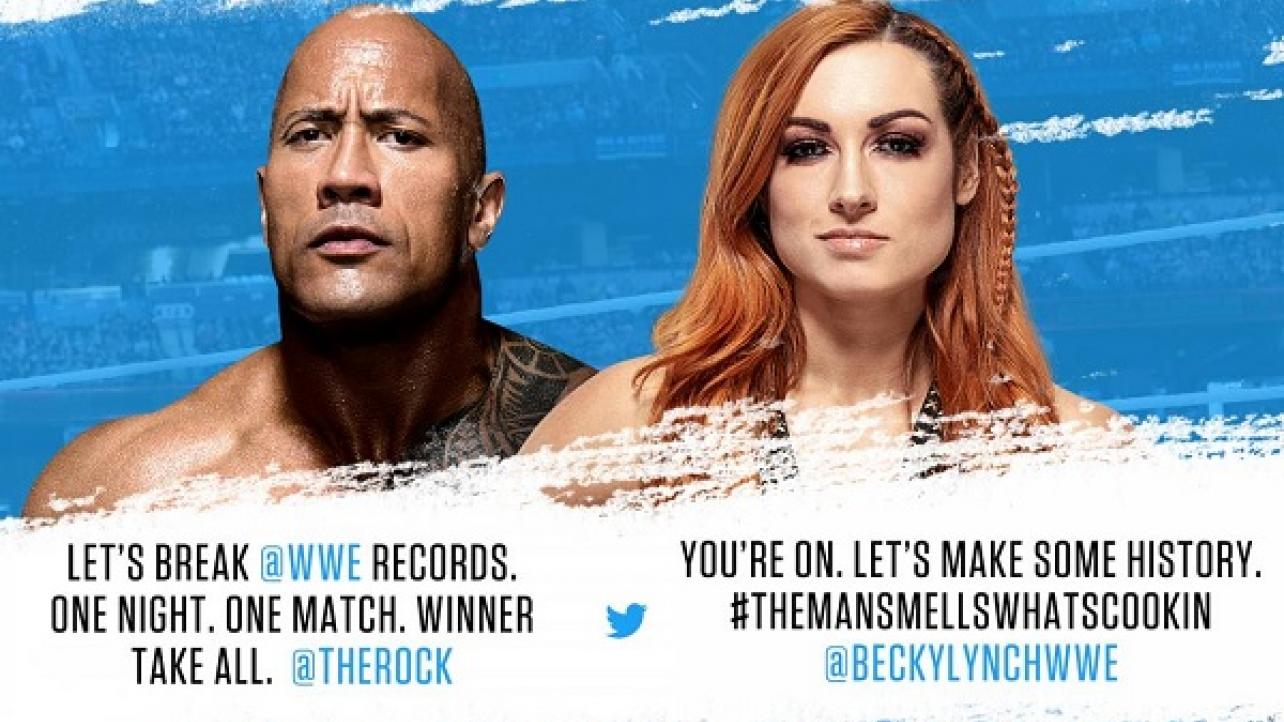 Lynch responded to a fan who asked when we will get to see Lynch in the ring with The Rock. She simply wrote, “The People’s Champ v The Man of the People.” This prompted The Rock to respond with a tweet of his own, which led to one more response from ‘The Man.’

WWE.com posted the following about the interaction between The Rock and Becky Lynch:

After winning the 30-Woman Royal Rumble Match, Becky Lynch has a guaranteed Women’s Title Match against the champion of her choice at WrestleMania. But she also might have earned a different challenge all together after attracting the attention of The Great One himself, Dwayne “The Rock” Johnson.

When WWE Universe member @CreatorElite asked when we were going to see Lynch take on The People’s Champ during an #AskTheMan session on Twitter, The Rock himself joined the conversation and seemed more than agreeable to the idea, saying that such a bout would “break all @wwe records” and that it would be “winner take all.” Always up for a challenge, The Man replied, “You’re on. Let’s make some history. #TheManSmellsWhatsCookin.”