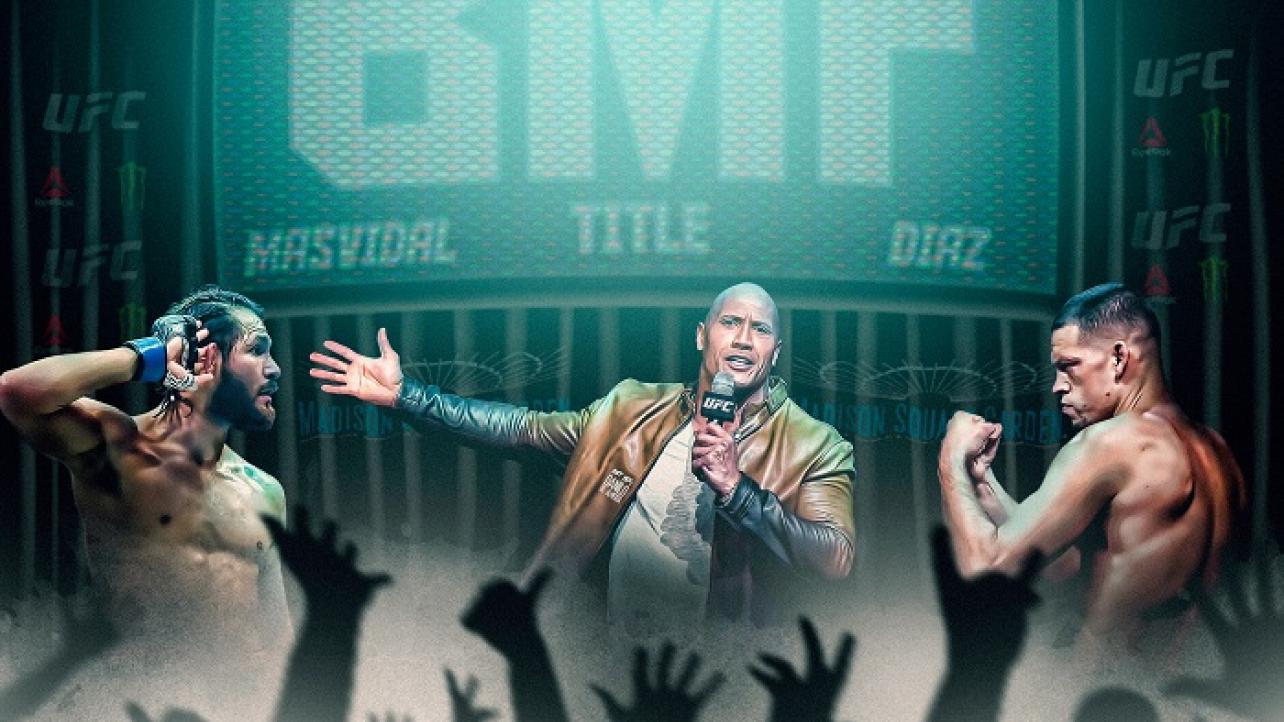 It looks like The Rock is all-in for this Saturday night’s UFC 244: Masvidal vs. Diaz event at Madison Square Garden in New York City, New York, as he will officially be on hand to present the winner of the main event between Jorge Masvidal and Nate Diaz with the brand new BMF Championship Title Belt.

Yes, BMF stands for exactly what you think it does. The same thing “Stone Cold” Steve Austin put on his black vest, that he labels his iconic walk to the ring in WWE, the ranch that fellow UFC star Donald “Cowboy” Cerrone is named and yes a number of other references I’m sure you will be quick to point out to us in the Comments section below.

Dwayne “The Rock” Johnson revealed yesterday that he is ready to make a UFC-related announcement this Friday that he wanted the “UFC fans and MMA community” to know first.

Johnson was on an Instagram chat with UFC President Dana White where he discussed his role at Saturday’s UFC 244 PPV where Johnson will be presenting the winner of the Nate Diaz vs. Jorge Masvidal with the “BMF Belt” – a title created specifically for this fight before noting that he will make the announcement at the Friday press conference.

His ties to UFC are because he is a client of the same company that owns UFC.