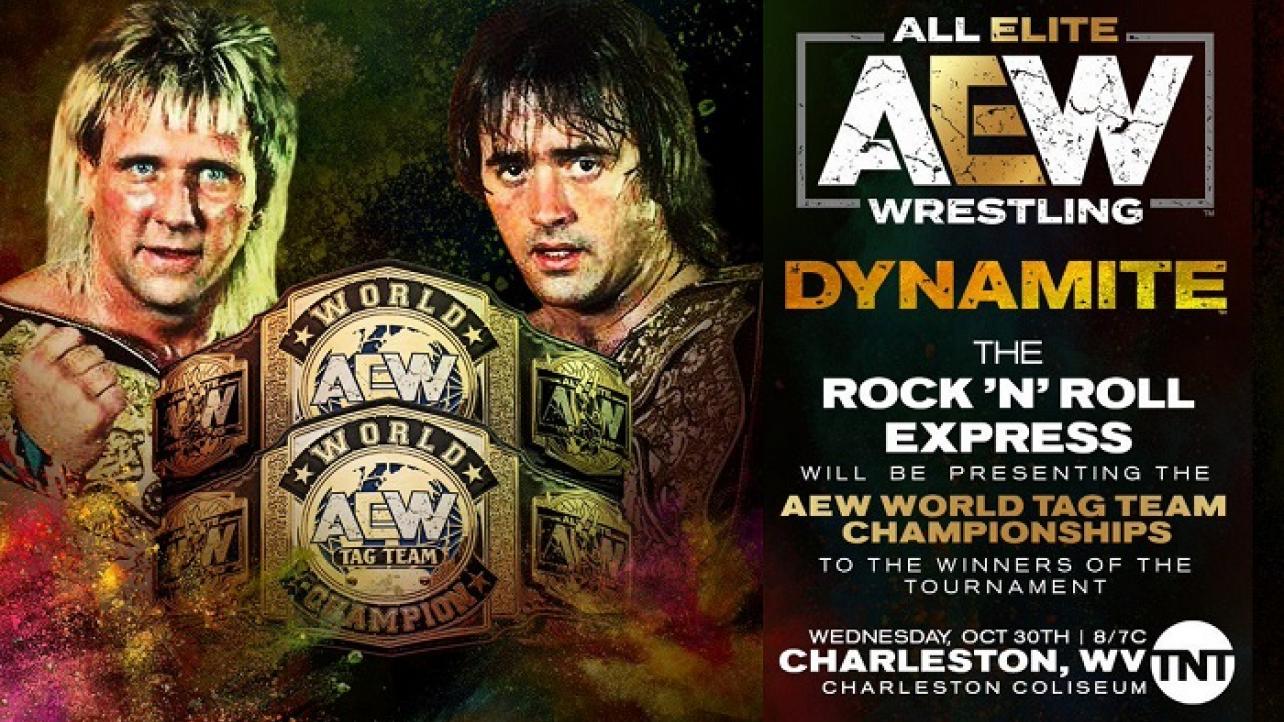 The legendary The Rock ‘N’ Roll Express tag-team will be on hand to present the inaugural AEW World Tag-Team Champions with the belts when The Lucha Brothers meet SoCal Uncensored in the finals of the tournament next week on AEW Dynamite from Charleston, West Virginia.

AEW released the following announcement via their official Twitter page on Thursday afternoon.

Next Wednesday, Oct 30th on #AEWDynamite we will crown the 1st Ever #AEW World Tag Team Champions. The belts will be presented to the winners of the tournament by the legendary ROCK & ROLL EXPRESS. Get your tickets now at https://t.co/UN1cNj1kQq or watch LIVE on @tntdrama pic.twitter.com/0FYa5Sdc2R