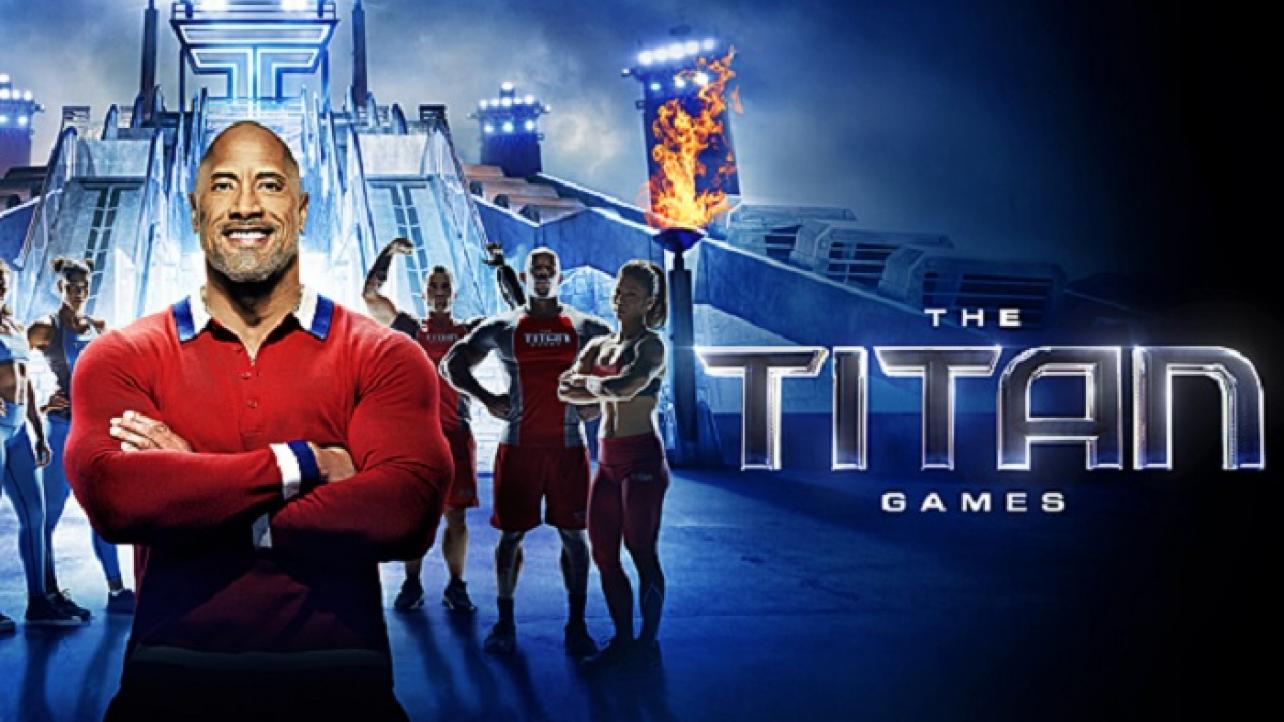 The Rock & NBC Hype Season 2 Of “The Titan Games” (Videos)

Fans of the NBC series “The Titan Games” get ready, as season two is on its’ way!

NBC and Dwayne “The Rock” Johnson released the following announcement to promote season two of “The Titan Games.”

JUST ANNOUNCED on the #AmericanNinjaWarrior finale – Our hit series @NBCTitanGames IS BACK FOR SEASON 2!
Congrats @RealLifeNinja_ on the big win.
Got what it takes to be a TITAN? Visit https://t.co/XejU1IbQ4f
See you in the arena, my friends. @NBC@SevenBucksProd@ASmithCoProd pic.twitter.com/0DpGNjLIjO

“When we launched ‘The Titan Games,’ we set out to create an entirely new athletic competition series unlike anything ever done before,” said host and executive producer Dwayne Johnson. “I’m excited to get back into the Titan arena and meet our new group of tough, limitless, and inspirational men and women from all walks of life. They will be tested mentally and physically at the highest level, going head-to-head in our diabolical and insane challenges. Season one was epic and our Titans pushed all boundaries, so for season two we are taking it to the next level with new challenges, a new arena setting and an incredible set of competitors.”

“We were absolutely thrilled with the overwhelming response from season one and can’t wait to see what our new Titans can achieve in the arena,” said executive producer Dany Garcia. “Audiences were inspired, engrossed and entertained as our extraordinary competitors used their will and unflinching determination to overcome mental and physical challenges never thought possible. Their strength and perseverance defied expectations and challenged us to think even bigger for season two, so if you are passionate, focused and ready to push past all limits – both physically and mentally – then the Titan arena is ready for you.”

“The everyday heroes we found in season one were remarkable athletes with inspirational stories of triumph,” said executive producer Arthur Smith, Chairman of A. Smith & Co. Productions. “In season two, we’re raising the bar with new and fun innovative challenges for Dwayne to test the mettle of our amazing competitors to see which ones will be worthy of being called the next Titan.”

In its first season, “The Titan Games” scored a 1.7 rating in adults 18-49 with 6.0 million viewers overall in “live plus seven day” Nielsens, and those figures grew to a 2.6 in 18-49 and 8.6 million viewers after 35 days of digital and linear delayed viewing. “The Titan Games” improved NBC’s Thursday 8 p.m. timeslot by 19% or 1.2 million persons in total viewers versus NBC’s results in the timeslot one year earlier.

Inspired by Johnson’s desire to motivate global audiences to reach their potential for greatness, “The Titan Games” gives men and women across the country the opportunity to step inside the Titan arena and achieve the impossible. Competitors push their bodies to the limit by battling opponents in unforgiving head-to-head challenges, designed by Johnson. Winners advance to the ultimate challenge of Mt. Olympus, the consummate athletic test of speed, strength, agility and endurance. “The Titan Games” not only tests the competitors’ physical strength, but also their mental and emotional fortitude.

Season one of “The Titan Games” crowned two winners: Miami beer truck driver James Jean-Louis and Atlanta metabolic technician Charity Witt. Jean-Louis, a hardworking single father, used fitness as something positive to focus on after a troubled upbringing. Witt found a passion for powerlifting that was fueled by her tenacious personality and understanding of hard work. Both earned $100,000 and the title of Titan Champion.

The Rock & NBC Hype Season 2 Of “The Titan Games” (Videos)