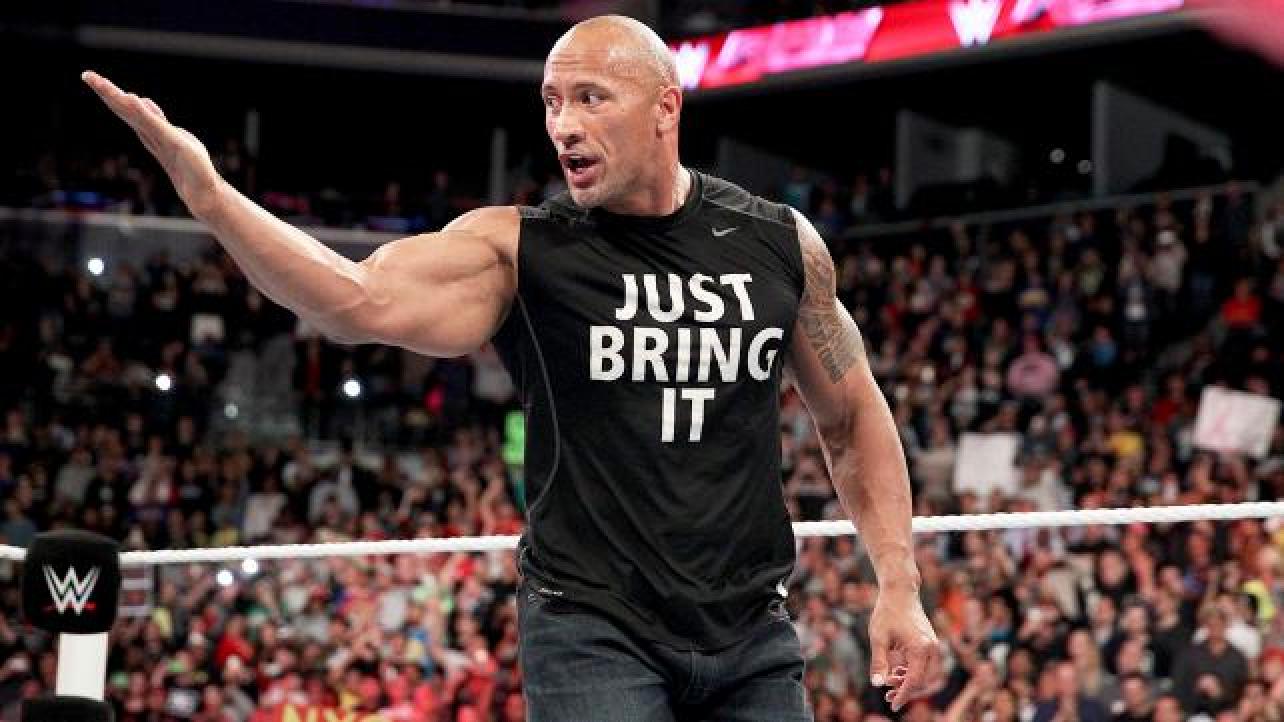 On Friday at the UFC 245 press conference in New York City, former WWE Champion Dwanye “The Rock” Johnson announced that he will be producing and starring in a movie about the life of MMA pioneer Mark Kerr.

After the fighters of UFC 245 left the stage, The Rock came out to discuss the UFC’s new “BMF” Title Belt, and also made his new movie announcement.

After discussing tomorrow’s UFC event, and indulging the fans with some of his classic catch-phrases, the Rock moved on to the subject of his new film.

“I’m very excited to announce this, and I wanted to start with the MMA community and UFC fans first,” The Rock said. “Myself and Seven Bucks Productions are going to make a film about the life of one of your pioneering founding fathers, “The Smashing Machine” Mark Kerr.”

Kerr’s story was featured in the 2003 HBO documentary The Smashing Machine, which chronicled the early days of “no holds barred” MMA and substance abuse.

“There are warriors in MMA who have this incredible humanity who have achieved these incredible accomplishments, and that’s what I want the world to see. These men and women sacrifice so much, and there is so much pressure for them to win and to succeed,” The Rock added. “Mark Kerr’s story is such an incredible story. Here’s a guy who won the two-time Heavyweight tournament in the early stages of UFC. Here’s also a guy who went over to PRIDE and had this incredible run. And I wanted to shine a spotlight on this man who is still alive.”

“I think what’s interesting about Mark Kerr’s story, is yes he achieved so much, he was The Smashing Machine, undefeated for a long time, but also like a lot of these fighters, he battled these demons,” Rock continued. “These demons of addictions and mental health […] here’s a guy who has gone through it all, hit rock bottom, but he gets up and you want to do a little bit better tomorrow than you did today.”

The Rock talked about what it will take for him to “become Mark Kerr,” saying that he was drawn to Mark’s story and was moved after seeing The Smashing Machine years ago.

“Yes it’s a dramatic role, but Mark has actually lived a dramatic life,” Rock explained. “It’s an opportunity to shine the light on one of our warriors who deserves it and has this universal appeal. The guy was a beast, he was dominant, and there was only one like him at that time.”

“Mark is a special dude, and he’s really overwhelmed that this is happening,” The Rock added. “I love that he trusts me with his life and his story. I told Mark I’d be making the announcement today to the MMA world, and Mark told me to tell everyone he loves him, and that he doesn’t have to language to express how grateful he is that I’m sharing this story.”