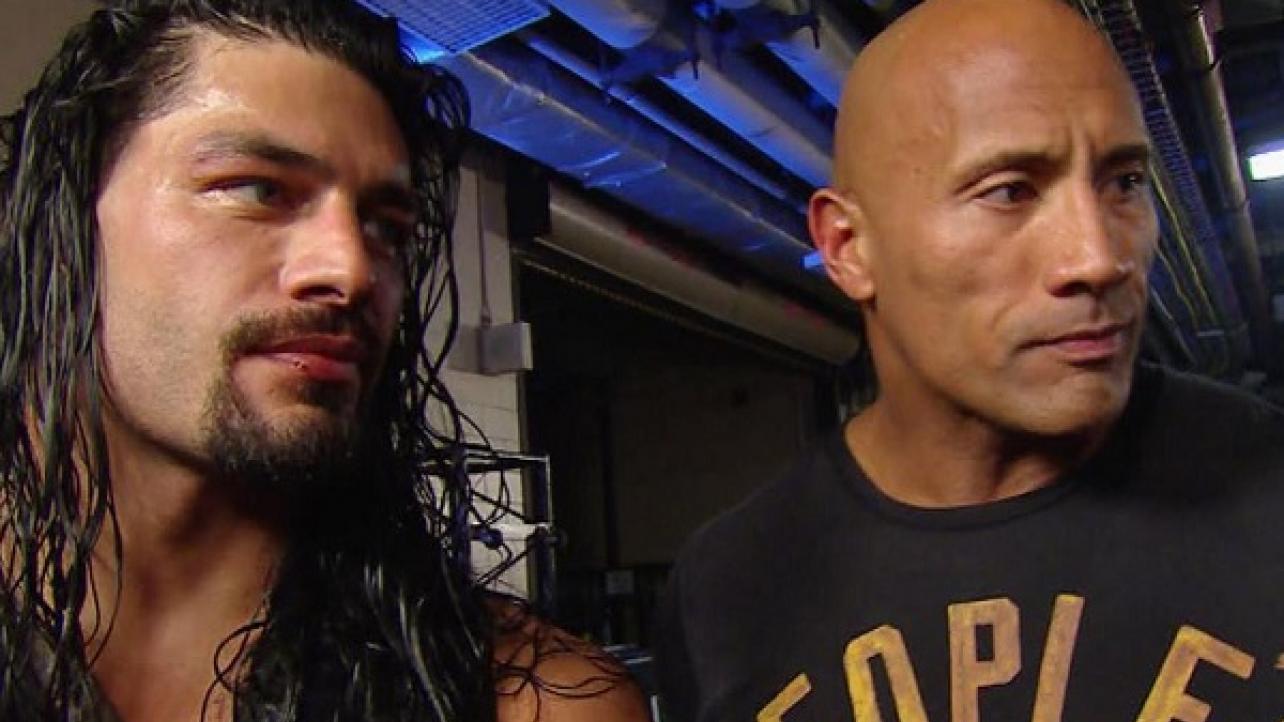 – Dwayne “The Rock” Johnson announced on Instagram that he was in Atlanta, GA over the weekend for a screening of “Fighting With My Family”, a movie in which he not has an on-screen role but also is an executive producer. With The Rock in Atlanta, it is also interesting that WWE is in the same city for tonight’s RAW (Feb. 25th) though there has been no indication that he will be doing anything on the show.

– Personal trainer David Goyea in Hawaii posted on his Instagram that he was honored to have WWE superstar Roman Reigns train at his gym, while also noting that Reigns was preparing for an “in-ring return.”

“Had the absolute honor and privilege of having @romanreigns train at @_islandclubandspa during his stay in Waikiki! It was very humbling for an athlete of his caliber to not only train here but also speak so very highly of our facility. Glad we provided a great space to help him prepare for his in ring return!”

– Sasha Banks & Bayley defended their new Women’s Tag Team titles for the very first time at this past weekend’s RAW brand house show in Jonesboro, Arkansas, where they defeated The Riott Squad to retain the titles.