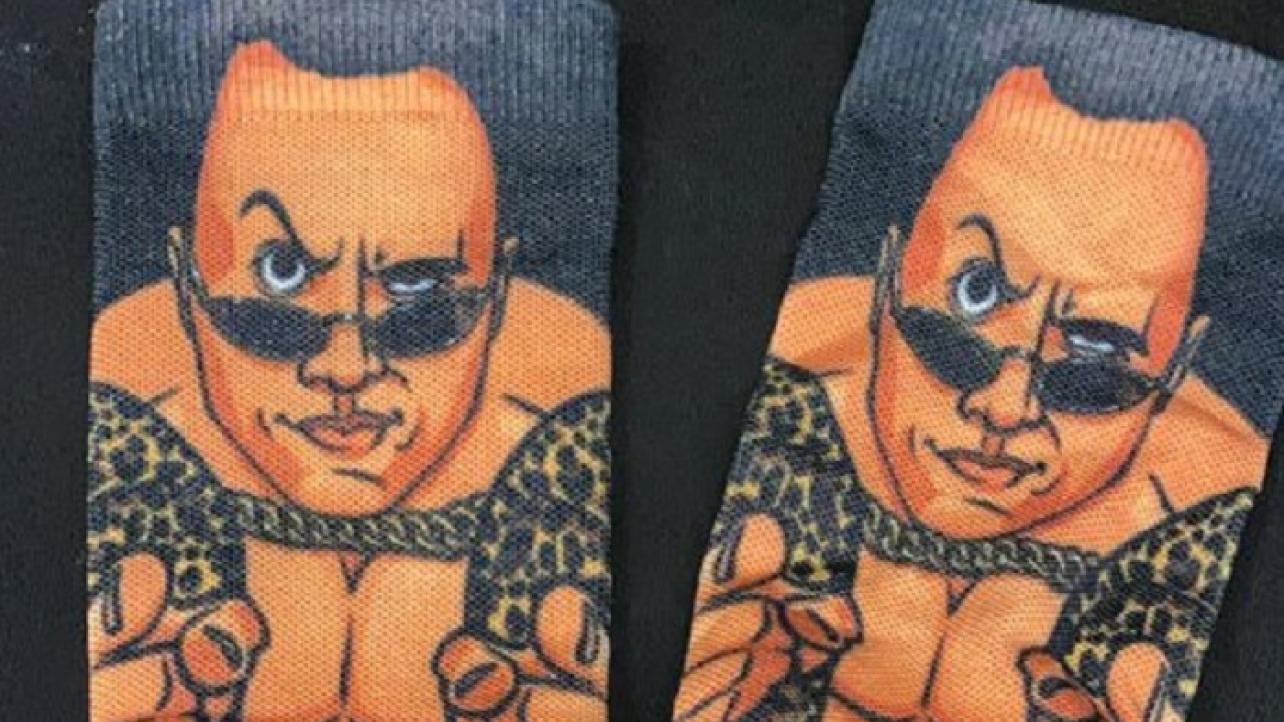 Whether anyone noticed or not, Billie Kay paid homage to “The People’s Champion” during night one of WrestleMania 37 on Saturday night.

The WWE Superstar took to social media to share a photo of a pair of socks with The Rock pictured on them, noting she would be wearing them to pay tribute to Dwayne Johnson during her time on “The Grandest Stage of Them All” at WrestleMania.

“WrestleMania ready!!” she wrote as the caption that accompanied the photo of The Rock socks.

This prompted a response from “The Great One” himself, as The Rock took to Twitter to share his reaction to Billie Kay paying tribute to him.

Check out the Twitter exchange between Billie Kay and Dwayne “The Rock” Johnson via the pair of tweets embedded below.

Also featured below is a photo of The Rock socks that Billie Kay wore during her appearance at night one of the two-night extravaganza at Raymond James Stadium in Tampa, Florida on Saturday evening.