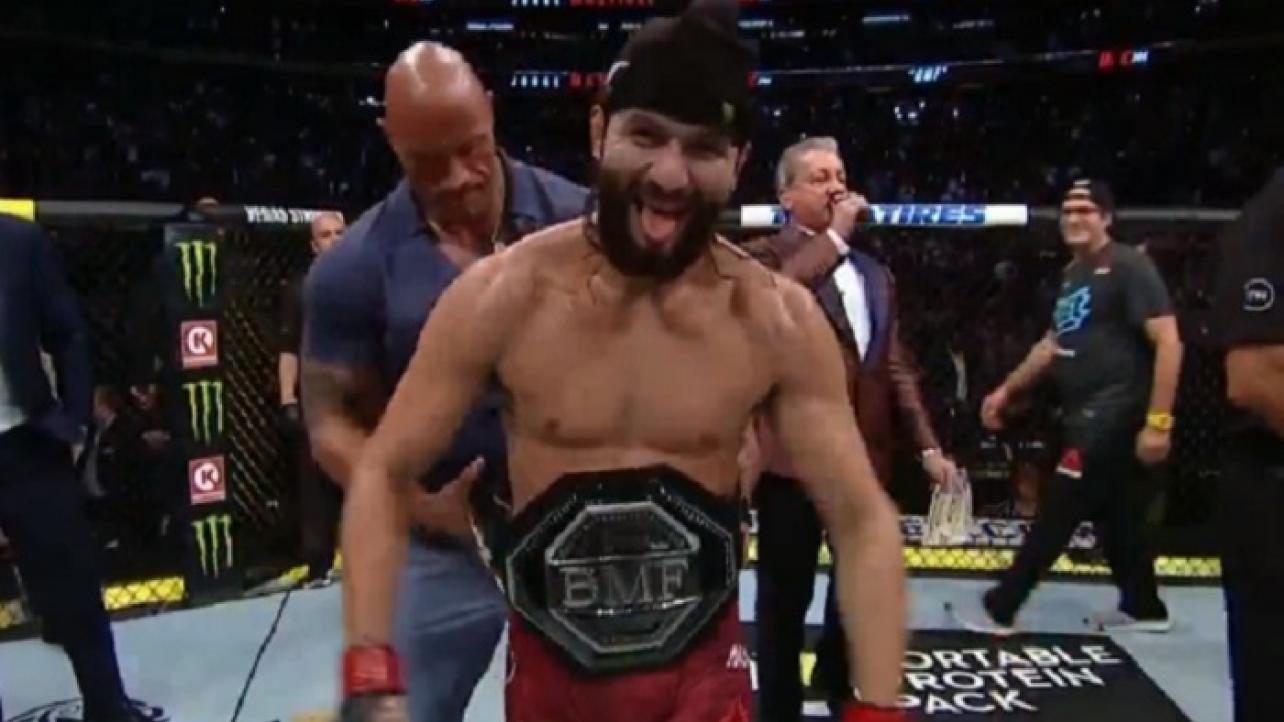 The unthinkable happened at Madison Square Garden in New York City on Saturday night … the UFC’s “BMF Title” fight between Jorge Masvidal and Nate Diaz ended via doctor stoppage due to a cut!

WWE legend and Hollywood big-shot Dwayne “The Rock” Johnson strapped the BMF belt on “Gamebred” Masvidal as the fans inside MSG filled the legendary arena with boos directed at the finish, which came by way of doctor’s stoppage after the third round due to a horrible cut Diaz suffered early in the fight.

Just as the fighters were getting off their stools and preparing to start the fourth round, for some reason, the ringside doctor came into the Octagon and took a closer look at Diaz’s bad cut above and below his right eye.

As Diaz shook his head no and kept saying he is fine, the doctor continued to examine the MMA star’s face.

And then it happened.

The doctor gave the word to the official for the fight, longtime UFC referee Dan Miragliotta, to waive the fight off.

And waive it off, he did, all-the-while being the first to shake his head in disgust, as the rest of the MMA fans inside “The Garden” did seconds later.

Your winner and Bad-Mother-F*cker Champion of the UFC … by way of doctor stoppage due to a cut … Jorge “Gamebred” Masvidal.

After the fight, both Masvidal and Diaz assured the viewing audience that they have full intentions on “running it back” and having an immediate rematch, as long as the UFC puts it together.

UFC President Dana White reportedly jumped out of his chair in anger / disgust, according to UFC color-commentator Joe Rogan, when the call to stop the fight was made.

So, he should be on board.

Check out photos of The Rock putting the BMF Title on Jorge Masvidal at UFC 244, as well as photos of the Diaz cut suffered that resulted in the fight being stopped below.